The Kremlin, in its statement, also drew attention to Ukraine’s blockade of Transnistria, a breakaway, pro-Russian region of Moldova, that has relied on land access through Ukraine for crucial imports.

The Kremlin said the blockade is causing “significant complication of the living conditions of people in the region” impeding their mobility and economic activity and urging negotiations.

This will fuel more speculation in line with the recent suggestion by NATO’s Supreme Allied Commander in Europe, U.S. Air Force General Philip Breedlove that the Russian Army may be positioning itself for another intervention on the other side of Ukraine and Crimea, in the Transdniestria region of Moldova.

For a complete background dossier on the Transdniestria/Moldova situation, see “Get to know a geopolitical flashpoint: Moldova”. 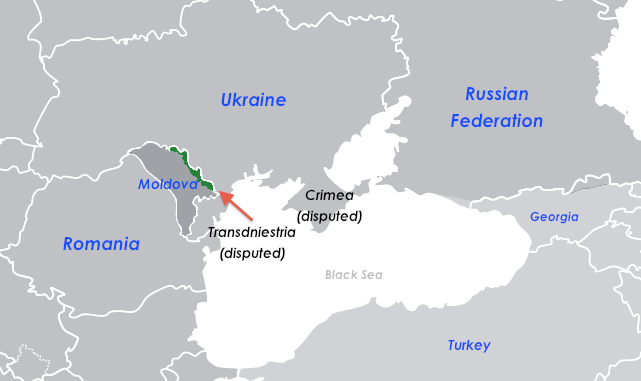