One of the things that keeps cropping up in the Ukraine crisis is this theme of “self-defense forces” being established by the people who least need to defend themselves, usually because they make up 60-90% of the local population.

Of course, that’s a pattern that has been repeated over many decades all over many parts of the world. The empowered majority forms paranoid self-defense paramilitary groups and leagues for the unstated (or sometimes explicitly stated) purpose of defending themselves against imagined or wildly exaggerated threats coming from the nearby minority population.

That repetition of history includes the United States, even to present day. From the Klan of old to modern “neighborhood watch” groups in idyllic suburbs, the ruling racial or economic class in the U.S. has often formed organizations to offensively protect themselves from non-real threats from the minorities near their communities.

Past AFD guest contributor Chris Chinn actually wrote an interesting essay on that topic recently on his new practical martial arts blog, Fist of the South End. Here’s an excerpt:

The unfortunate part of the whole self defense scene in the US is that most of the people deeply into it are usually privileged folks who end up obsessing and projecting about when they’ll finally get to “show their skills”, which mostly ends up sounding like the usual militia/Ron Paul fears of a scary brown people attack or an 80s Charles Bronson film plot. The people least likely to be attacked spend a whole lot of time fantasizing about how awesome they’ll be when they are.

He notes that there are plenty of legitimate reasons to get into martial arts and self-defense, but his point still stands: a lot of people are in it for the wrong reasons. Some more unconsciously than others, of course.

Chris spends a lot of time on his blog (which you should all check out) discussing that theory side of self defense, as a way of emphasizing the importance of being thoughtful and deliberate in your training before you start throwing any practice punches. In another essay titled “Self-defense, basically,” Chris argues that the first and last points of all self-defense, in a real-world situation, are simply: “Get Away.”

Get away if you can. This seems like common sense, but… I’ve seen people fail this one a lot.
[…]
See, I grew up with a bunch of shit around me. The smart folks quickly learn not to go starting shit because you don’t know who might have a gun or a friend with a gun. Yeah, you have to eat your pride and deal with random insults and shit, but you’re not getting shot and that’s what’s important.
[…]
The point of self defense is to get away from danger. Yes, it is cool to train to take someone down and break all 4 of their limbs or do some flying knee drop into them. That’s also not realistic or reasonable self defense. They may have more friends. They may decide after you knock them down it’s time to pull out a knife or a gun. […] Getting away makes you safer and helps establish that your primary motive in this is your safety, not their harm.

In other words, ideally, when you’re learning self-defense you’re not training to take down a terrorist compound single-handed. Your main goal in self-defense should be to get away from a situation before it escalates — and to get out of it quickly and alive, if it does anyway. It shouldn’t be to impress an aggressive stranger about how badass and unshakeable you are, in a situation where you could flee if you wanted to.

That’s all sound advice on an individual level. But it also has broader political implications. At face value (i.e. ignoring the underlying racial motivations), the whole “Stand Your Ground” concept being legalized all over the United States is truly bizarre and dangerous for everyone.

Since when do you have a fundamental human right NOT to attempt to remove yourself from a public confrontation before it becomes deadly? The whole reason we didn’t have Stand Your Ground laws in the first place was probably to deter macho dudes from standing around glaring at each other (because walking away is “dishonorable”) until one of them shot the other and then claimed self-defense.

The Stand Your Ground movement is just a way to expand the definition of homicides that we let slide without consequences. And it’s a good way to get a lot of people needlessly killed, instead of encouraging people to try to end confrontations non-lethally, whenever possible. Why don’t we just go ahead and re-legalize dueling while we’re at it?﻿

Well, as Chris replied when I brought up that question, “Legalized dueling would be better, because it would involve at least a witness and some kind of rules…﻿” 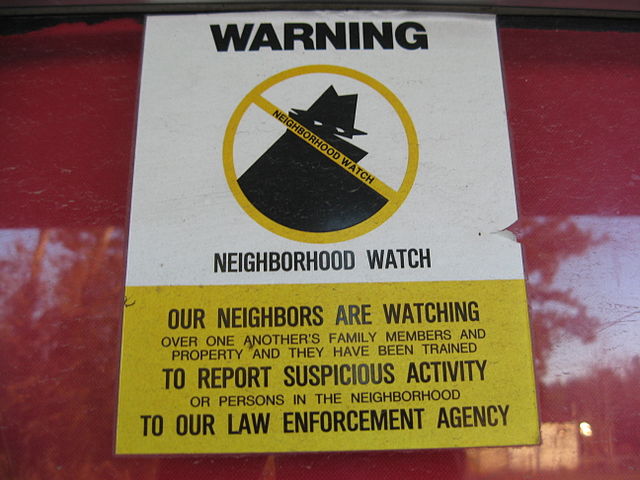