Apparently, many Russian separatist troops in Ukraine are wearing orange-and-black striped ribbons, which look a lot like the stripes of the invasive “Colorado potato beetle” brought over accidentally by U.S. troops during World War II. Since the Warsaw Pact communist governments were half-convinced this was a CIA plot, they produced extensive anti-American propaganda featuring the Koloradi. That plus their indestructibility to present day has kept the bugs in the zeitgeist in Ukraine. As a result, Ukrainian nationalists are now humorously producing retro propaganda against the Russian separatists comparing the mystery invasion troops with their St. George ribbons to the invasive beetles. ﻿ 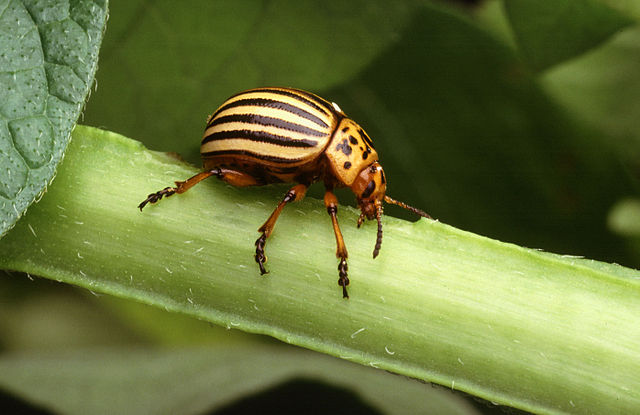