Fears of an oligarchs war creep into Ukraine

Ukraine’s President Poroshenko has fired the billionaire Governor of Dnipropetrovsk, a southeastern oblast next to war-torn Donetsk, after the latter allegedly sent armed gunmen to the capital on Sunday to enter the offices of a state oil firm when his friend was fired as director. 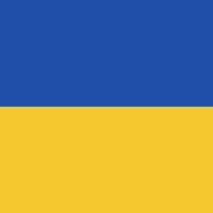 Gov. Kolomoisky, appointed after the fall of the Yanukovich government, had been a vital ally in the war with Russia by financing a private army to support the central government. He publicly contends that the gunmen were not part of his units and had not been sent there on his orders. His allies also claimed a political hatchet job was being enacted against him.

According to the Financial Times, fellow oligarch President Poroshenko took a very dim view of this explanation:

Addressing Ukrainian soldiers in Kiev, Mr Poroshenko said: “We will not have any governor with their own pocket army”.

Other allegations assert that Kolomoisky has used his private army not just to fend off rebel advances but also to protect his business interests. The fact that he used to manage the oil company directly until recent reforms essentially spun its management back over to the state in a move he has fought probably strengthens the assumption that he was behind the mini-siege at the offices in Kiev beginning this past weekend. Plus, he showed up in person later in the day to defend the need for “private security,” even if he denied responsibility for the arrival of the gunmen.

Ironically (or perhaps cynically), Gov. Kolomoisky has actually previously accused other oligarchs of ill-gotten gains in the largely corrupt, post-Soviet privatizations that made most of them very wealthy.

Nevertheless, this latest fracas raises the specter of the militarily vital private armies being turned against the revolution and the elected government.﻿

BloombergBusiness reported that a wider government crackdown on an incipient “oligarch crisis” via (euphemistic) “gun control measures” and other sackings of officials was perhaps underway:

“A scenario of oligarch-supported political crisis will not pass,” [Prime Minister] Yatsenyuk, who dismissed the first deputy head of the fiscal service in charge of the tax police and the deputy head of the customs service on Monday, said during a government meeting. “We will not let anyone rob the country, which is at war.”

Rinat Akhmetov previously stepped in at a vital point in the early phase of the eastern insurgency to throw his weight (and billions of dollars) behind national unity and against the rebellion. It seems unlikely the government would be able to face off against him successfully unless he voluntarily backed down to continue promoting national unity.

The Bloomberg reporting also noted a recent welcome effort to continue making much-needed economic and governance reforms is also likely to irritate the oligarchs who have grown rich on the lack of those exact reforms:

[…] efforts by Ukraine’s government to crack down on graft that has sunk the country to 142nd place out of 175 countries in Transparency International’s Corruptions Perception Index, the worst in Europe. Its efforts include forcing wealthy Ukrainians to pay taxes and cutting out middle-men in energy contracts tied to state-owned companies, Finance Minister Natalie Jaresko said last week.

So, unfortunately, there are no easy solutions or quick fixes anymore. The Ukrainian state and the Ukrainian people will have to challenge the power of the oligarchs and bring their private armies to heel and private fortunes under the scrutiny of the state or else it cannot consolidate the revolution and successfully win the war with Russia. For the good of Ukraine, let us hope the oligarchs back off and yield, instead of descending into warlordism.