A willful Russian blindness on Ukraine

Spotted this article: “Action by Russia Divides Immigrants in New York” It’s kind of a silly, New York Center of the Universe, let’s-ask-the-randos type of article, but I laughed at this:

From behind the counter of the Taste of Russia deli in Brighton Beach, Lemmy Galigsky, 56, said he did not understand the objections to Mr. Putin’s actions and longed for the days when the two countries were united. “It’s not supposed to be like this,” said Mr. Galigsky, who is from Odessa. “Many years ago, it was one country. It was Russia everywhere. It was Soviet Union.”

I laughed partly because of the oversimplified nostalgia and quaint attitude. But I also laughed, as some fiction authors put it, “mirthlessly.” Yes, who can say why a lot of people might object to going back to being part of their longtime oppressor? A true mystery.

After forced mass starvation, forced deportation, and forced Russianization policies — under both the Soviet Union and Russian Empires — it’s a wonder not everyone is on board with reintegrating into the good old days when “it was one country. It was Russia everywhere. It was Soviet Union.” Who could understand a mindset that rejects that?

Russians have taken a very problematic attitude (unfortunately much like the American one that views all American activities around the world as beneficent and deserving of instant welcome from the locals) toward Ukraine.

It alternates between history-revising/denying propaganda amounting to “We made you and by god we can unmake you!”… 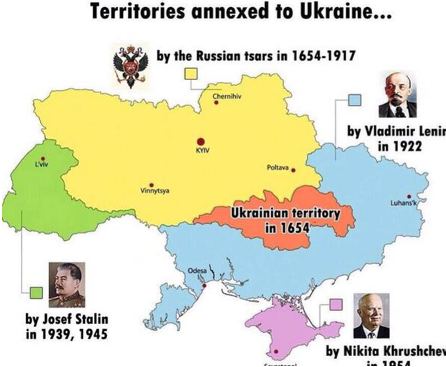 … and the naive stalkerishness and disappointment of a young Taylor Swift, who doesn’t just understand why you’re not together: “Can’t you seeeeeeeee –”