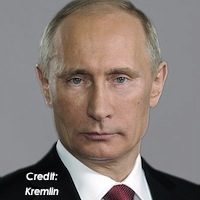 Republicans are so convinced Russia always has been and always will be the American archenemy that they consistently exaggerate Russian (or previously Soviet) capacities and strategic brilliance.

Today a high school student told me he’d been hearing a lot in the news about how Vladimir Putin is a master military strategist. It’s not a huge surprise he’d have heard that, what with the greek chorus-like presence of American Republicans all over the media slamming Russia (and the Obama Administration in the same breath) over this purportedly diabolical invasion.

The reality is that this Crimean adventure can pretty much only backfire on Putin over the mid- to long-term. Only U.S. Republicans (and their like-minded intellectual supporters) think this invasion is brilliant chess. As Domin Tierney in an article entitled “Putin’s Improv Act” in The Atlantic argues, it’s entirely possible (indeed, likely) that Putin is winging it — wait for it — just like the Soviet leadership on Afghanistan.

If the Japanese in 1941 and the Americans in 2003 were willing to start major, high-risk wars with little regard for the finale, isn’t it conceivable that Putin began a more limited intervention in Crimea without a careful plan?

Perhaps we’ve bought into Moscow’s mythos about the president who hang-glides with Siberian cranes, rides with the Night Wolves motorcycle gang, and dives for ancient Greek vases in the Black Sea. Like the Dos Equis character, Putin is the most interesting man in the world.

Or, more likely, we’ve fallen victim to a very human bias. One of the core ideas in psychology is the fundamental attribution error. We often explain our own behavior as being “situational” or driven by external forces we can’t control. But we explain other people’s behavior as being “dispositional” or propelled by their deep-rooted character. When the United States acts, we’re responding to events. When Putin acts, he’s following his twisted nature and a clear agenda.

It’s absolutely possible — and Tierney provides plenty of supporting evidence to back the notion that this was far from planned — that this is just one giant improvised response to rapidly evolving events on the ground. Yes, and.

The bad part is that a situation of people reacting hastily to events but assuming the other side is reacting with a well-developed plan is a good way to get the world embroiled in a major war.