ISIS hits Iraq’s KRG from the south at Karatepe township 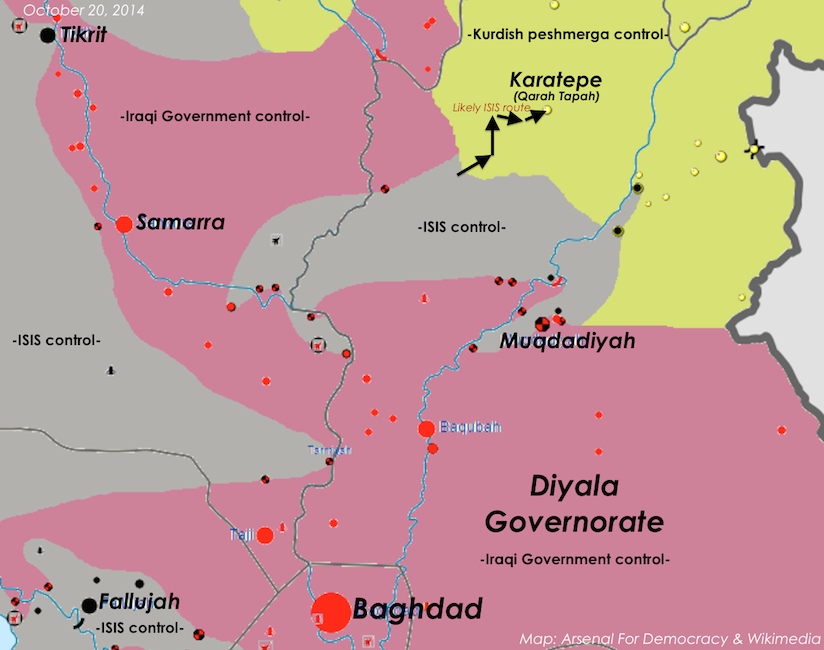 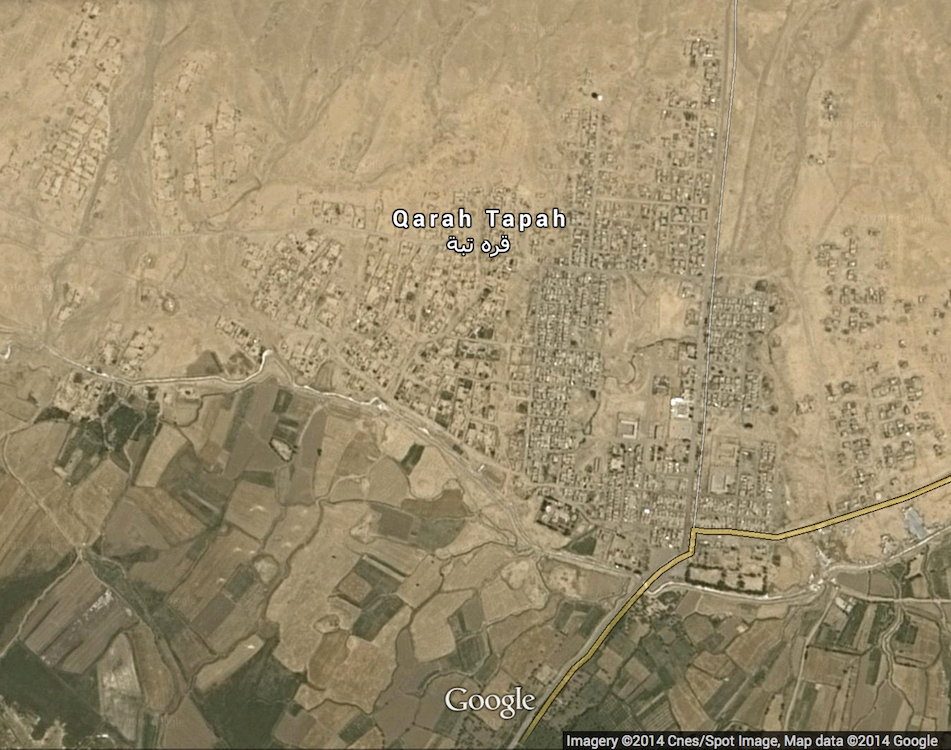 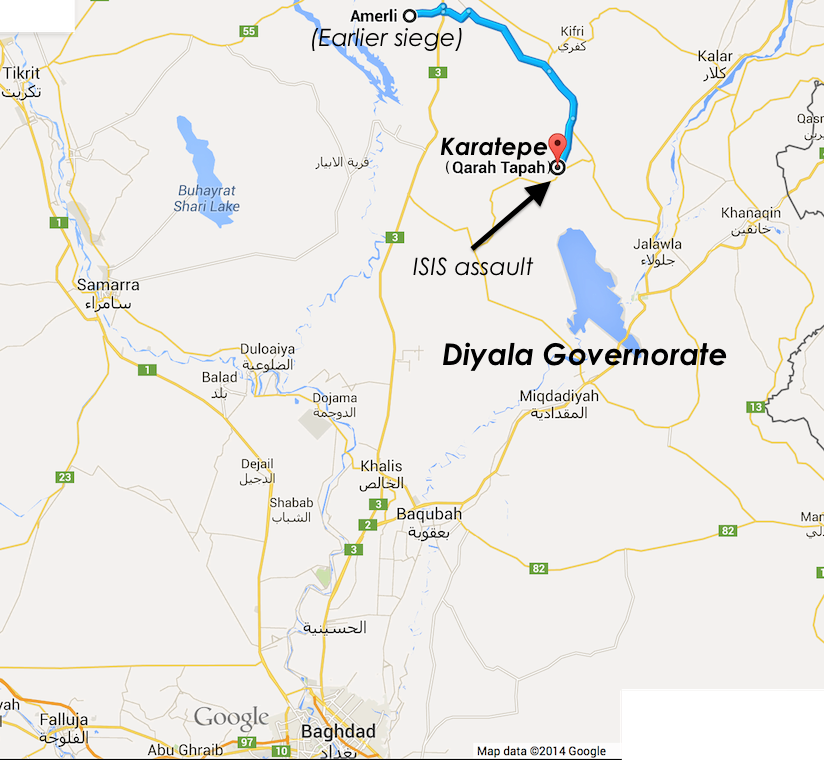 Iraqi Turkmen are a mix of mainstream Sunni and Shia but are a distinct ethno-linguistic minority within Iraq. Though now reinforced by Kurdish peshmerga protection fighters in some areas, such as Karatepe, the Iraqi Turkmen communities have historically had a very fraught relationship with the Kurds, who occupy an overlapping geographic space in northeastern Iraq. Although the Iraqi Turkmen faced plenty of persecution from Arab leaders (Saddam Hussein, the Iraqi monarchy, etc.), they have sometimes been played off by Arab leadership in Baghdad and Turkish leadership in Ankara and Istanbul against the Kurdish separatists and federalists.

Editor’s Note: If you have corrections to this report or additional information on the situation, please submit them directly to Bill through our contact form. Thanks to @NilgunNergiz for bringing this development in Diyala to our attention.