Stephen Walt provides a key comment on Syria (in an interesting NYT discussion):

“The brutal nature of the Assad regime has been apparent for decades, and its forces have already killed thousands with conventional means. Does it really matter whether Assad is killing his opponents using 500-pound bombs, mortar shells, cluster munitions, machine guns, icepicks or sarin gas? Dead is dead, no matter how it is done.” 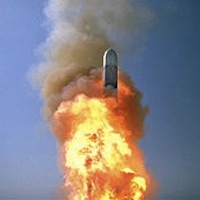 I agree with that. There are international norms and laws against using chemical weapons, but unfortunately the calculus still shouldn’t change because the consequences of a U.S. intervention and the ability to execute the goal of the intervention haven’t changed just because chemical weapons are in use now. Intervention will either fail to achieve anything or it will drag the U.S. into a fresh catastrophe we can ill afford by any measurement. Or both. And without UN authorization (or a provocation against a NATO member such as Turkey), a Western military operation would be illegal.