South Sudan: The world should be watching 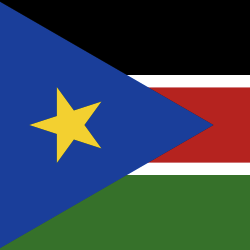 South Sudan is Africa’s newest country and is a significant oil-producer (mostly selling to China) and fledgling democracy. At the beginning of the week we got scattered reports that there had been an attempted coup d’état by the former Vice President of South Sudan and troops loyal to him.

He is of a different ethnic group than the President, a U.S. ally. While the takeover failed in the capital, it seems the rebelling units quickly moved outside the city. The ex-VP now says his troops have control of the oil fields.

The United Nations mission on the ground — continuing to oversee the transition process from 2005 to independence in 2011 and then to present — soon reported 500 deaths in the clashes between loyalists and renegade troops in the capital. These figures have been rising quickly as casualties mount in the countryside and other towns.

Within a couple days, 20,000 civilians had crowded onto UN peacekeeping bases, seeking refuge from the fighting within the Army. That number is now up to 35,000 according to the UN. There are fewer than 7,000 UN peacekeeping troops in the country, and two soldiers from India have already been reported dead as approximately 2,000 child soldiers aligned with the renegades overran one of the bases and began massacring civilians of a the President’s (majority) ethnic group.

Troops from neighboring Uganda and Kenya have already arrived to “intervene” in the crisis as “stabilize” the government. It is fairly standard practice for the African Union — both countries are key members in AU military operations — to officially back the incumbent governments during leadership struggles and rebellions, mostly out of self-interest but also to promote legitimacy/sovereignty of existing governments. But it’s also common for East African nations to interfere military in each other’s conflicts, sometimes on the side of rebels.

The United States has hundreds of staff in the country, most of which have been evacuated from non-rebel-held areas. But BBC Africa and the New York Times reported earlier today that a U.S. emergency evacuation military mission of three planes to South Sudan was fired upon while en route from Uganda.

It turned back without completing an evacuation and landed safely in Uganda, but there were injuries on board to four U.S. service personnel. They are all in stable condition now. The Ugandan Army (a U.S. military ally in the region) said that, based on the location of the attack, that renegade troops siding with the attempted coup initiated it. The U.S. military has officially backed this hypothesis. It’s unclear when the U.S. will be able to rescue its people on the ground in the rebel zone.

President Obama announced that he has already put 45 troops on the ground — potentially from existing Ugandan or Kenyan deployments or the offshore anti-piracy patrol deployments — to protect U.S. civilians stationed in the country as part of the transition to democracy. He also announced that he would end U.S. and Western support for South Sudan for the first time, if the government falls to the rebels through force.

So to summarize: We’ve got U.S. troops on the ground now in a significant oil producing nation with close ties to China (I argued earlier this week that they should step up and intervene), the oil seems to have fallen to rebel control, UN peacekeepers have already been killed trying to protect some of the 35,000 civilian refugees hiding on their bases, and we’ve now had U.S. casualties. Oh and it’s a democracy the U.S. carefully guided into existence in just the last decade. This is about to be a way bigger global concern — unfortunately — than the nearby Central African Republic chaos.