Home » Commentary » Arsenal Essay » Italy still not on board with democracy, really

Italy still not on board with democracy, really 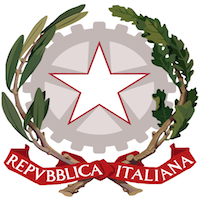 Post-World War II Italian politics have been increasingly wracked by instability due to having several major parties in parliament — usually 3 or 4 at a time — often with strong geographic alignments in the second tier parties. This all adds up to no one party usually being able to form a majority and certainly not one that can survive no confidence votes easily.

Many prime ministers have served for less than a year and then cycled right back into the job later, one or two elections after they lost power. Since 1946, if you distinctly count each separate block of time in office from swearing-in to leaving (even if the same person came back later), there have been 41 prime ministers. The average go-around as prime minister is around 20 months, many have served for far less. 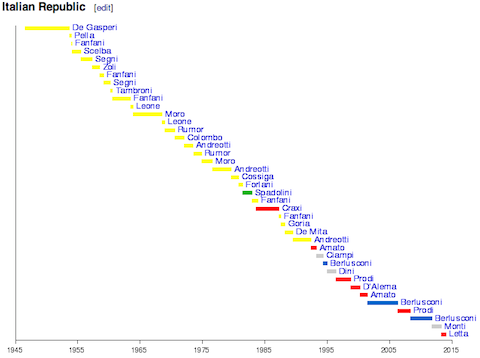 Elevating a second unelected person to the office of prime minister in just over two years is a pretty clear sign that Italy doesn’t place a high premium on democratic governance (which, to be fair, under the system as currently conceived hasn’t worked very well for delivering results).

Given the constant back-biting and one-upping that is the Italian parliament, which makes it very difficult to pass policies on anything substantive, it’s clear the current system isn’t working. Multi-party systems tend to work only when everyone gets along really well, there’s not a lot of identity/geography politics happening, and the opposition parties don’t try to sabotage the ruling coalition between elections. (It’s one reason I don’t think anything but the two-party system would actually work in the United States.)

Italy could probably stand to implement some reforms that deliver broad, representative single-party majorities to power with coherent, unified opposition parties. One center-right party and one center-left party, not five significant parties and a bunch of ultra-fringe MPs. I’m guessing such a reform would require mandating a minimum performance threshold nationwide to qualify for office. This would keep second-tier parties from winning big enough in one region to affect the overall coalition structure while only caring about a limited set of issues. This is unlikely to happen, though, unfortunately.

Meanwhile, there will be an ever-growing gap between the results Italians want their government to deliver and its capacity to deliver that. Perhaps the ludicrous criticism from Renzi’s opponents isn’t actually so ludicrous now that I think about it…

If he becomes premier now, Renzi would be the youngest one in the dozens of governments that Italy has had since the republic was formed after World War II.

Detractors who have criticized Renzi as too ambitious and power hungry have pointed out that Benito Mussolini also was 39 when Italy’s monarch asked the Fascist leader to form a government in 1922.

Mussolini — invited in 1922 by the King of Italy under the constitution of 1848 to become Prime Minister without being elected — may have been undemocratic, but at least he (claimed to have) made the trains … well, you know the rest.