Last Thursday, early presidential elections in Sri Lanka resulted in an upset against the autocratic war criminal President Mahinda Rajapaksa. After a campaign that had clearly (and unexpectedly) trended sharply in favor of the challenger, former Health Minister Maithripala Sirisena, despite the president vastly outspending the opposing campaign, the final result was estimated to be 51.3%-47.6% in favor of Sirisena.

By early Friday morning, President Rajapaksa had conceded defeat and appeared to be exiting unexpectedly quickly and without fuss.

“President Mahinda Rajapaksa has left Temple Trees a short while ago,” said the statement from Wijeyananada Herath, Mr. Rajapaksa’s media director “President Rajapaksa said he is leaving in order to respect the verdict of the people.”
[…]
Mr. Rajapaksa’s son Namal wrote on Twitter that his family had accepted the results. “Thank you to everyone who supported us through these years,” he said. “We respect the voice of the people and Sri Lanka’s great democracy.”﻿

There was immediate local speculation, however, that Rajapaksa had likely been strongly urged by allied authorities to step down immediately, rather than trying to drag things out or stage a coup:

After counting began on Thursday night, [Paikiasothy Saravanamuttu, executive director of the Center for Policy Alternatives in Colombo] said, the president must have quickly understood that he had lost the election, and been encouraged to concede by army and police officials.

“I think he saw the writing on the wall,” Mr. Saravanamuttu said. “He would have realized there was a swing. His representatives within the arms of the state would have told him, ‘Look, we are not going to buck the popular will.’”

The incoming president’s team is already vowing an investigation into whether President Rajapaksa attempted to reach out to the country’s security forces, as the election results began rolling in, to solicit their support in remaining in power by force:

“We must tell our people what happened on the night when the votes were being counted. They have projected an image as if they gracefully stepped down and allowed a smooth transition. People think it was a peaceful transition. It was anything but…,” Mr. Samaraweera said.

“Some world leaders are also supposed to have spoken with Mahinda (Rajapaksa) and prevailed on him to ensure a peaceful transition. I don’t know who had spoken, but we know some countries had spoken to him.”

“The army chief was under pressure to deploy but he did not. He declined to do anything illegal,” said Mr. Senaratne.

“Even in the last hour, he tried to remain in office. Only when he realised that he had no other option, he decided to go,” the spokesman said.

“We appreciate the straightforwardness of the Army Commander, Inspector General of Police and the Commissioner of Elections,” Mr. Senaratne said, adding “They stood to uphold the democratic traditions for free and fair election.”

“Inspector General Illangakoon was very vocal and did not want to be a party to this coup. The army chief also stood by the police. The attorney general warned Rajapaksa that there will be dangerous consequences,” Mr. Samaraweeera said.﻿

Even if Rajapaksa did try to organize a coup in the 13th hour to stay on as president, there’s good news in what happened. It is very promising, as a step back toward true democratic governance, that the police and army refused immediately to consider supporting the losing incumbent in an election.

However, there is a long way to go. Sri Lanka’s self-destructive slide away from true representative democracy began at least as far back as the 1970s, well before President Rajapaksa tried to centralize all power and popular support toward himself personally. But getting rid of a cruel war criminal with a penchant for trying to foster a cult of personality (that he himself appeared to believe) was an important move, all the same. 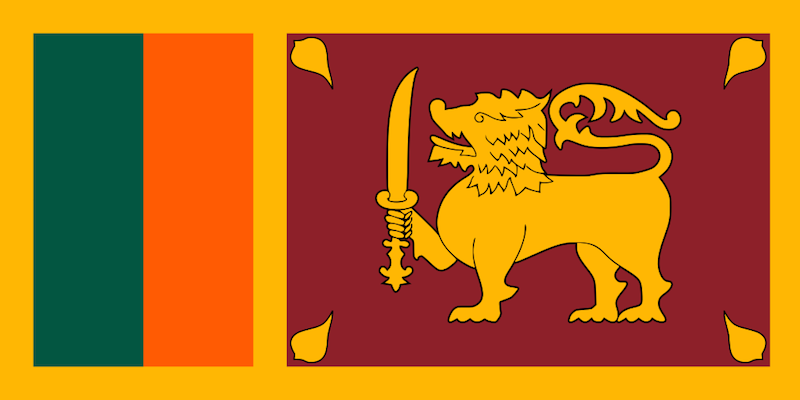