Home » Commentary » Arsenal Analysis » We have Romney to kick around again

We have Romney to kick around again

I don’t like “horserace”-style presidential campaign coverage — especially almost two years out — but I’m always happy to link to killpieces (like thinkpieces, but intended to kill a bad presidential campaign in its infancy). That’s especially true if it’s Romney. I was hoping we’d never have Romney “to kick around anymore”, but seeing as we do, I’m duty-bound — as a Massachusetts native who remembers his unpleasant tenure as governor — to do so. 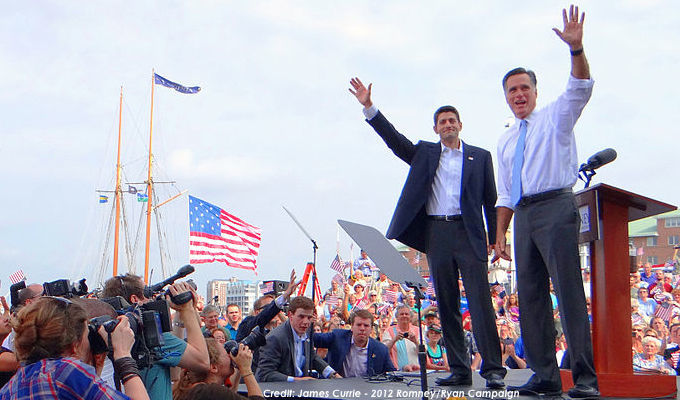 Between Reagan’s first (1968) and second (1976) presidential runs, he went from being an inexperienced governor who had given an impressive speech for Barry Goldwater in 1964 to being a successful two-term governor who continued to consolidate his position as leader of the conservative movement. Then, in the run-up to his third try in 1980, Reagan remained the clear conservative leader. A real, influential leader: His attack on the Panama Canal treaties, for example, made opposition to them the standard conservative position.

In other words, Reagan didn’t just get better at running for president. He was a much more impressive politician with far more accomplishments by 1980 than he had been in 1968.

Romney? Not so much.

It’s also super unclear how his campaign is necessary to the country, to the party, or to anyone. In his head, of course, he fancies himself a necessary savior of the nation and all mankind (so do most presidential candidates or they wouldn’t go through the massive trouble of running). But besides the lack of burnished credentials noted by Bernstein, above, the continual flip-flopping and see-sawing on the party spectrum is going to be ever-harder to explain away to voters of all stripes.

Romney ran as a conservative (away from his record and rhetoric as governor) in 2008 against McCain, but then he ran as the generally electable moderate-but-still-“severely conservative” alternative to the lunatic fringe in 2012. And now, according to Buzzfeed, he’s apparently aiming to run as the right-wing alternative to Jeb Bush, whose record is pretty right-wing on its own for a so-called “moderate” (without having to artificially position himself as such), and against whom an array of convincingly hardline conservatives have already arrayed themselves.

“Look, Jeb’s a good guy. I think the governor likes Jeb,” the adviser said. “But Jeb is Common Core, Jeb is immigration, Jeb has been talking about raising taxes recently. Can you imagine Jeb trying to get through a Republican primary? Can you imagine what Ted Cruz is going to do to Jeb Bush? I mean, that’s going to be ugly.”

Hard to see where there’s a place for Romney in this race. And nobody in the field seems to be budging, so far, in fear of him. Other suggestions, such as the notion that Romney wants to run on an “anti-poverty” platform this year, can only induce hysterical laughter in the American people. The Democrats wouldn’t even have to cut new ads — they could just re-run the effective old ones, from barely two years ago, quoting people laid off by his slash-and-burn, debt-heavy corporate “turnarounds.”

They say the only polls that matter are the ones held on election days. Consistently, however, those have shown that America doesn’t want Mitt Romney to be president. And in the bigger picture, the Romney family really is quite incompetent at running for high office, and it’s not getting better for them.