Op-Ed | Selling Out the Kurds

The essay below was co-authored with Stephan Richter, Editor-in-Chief of The Globalist, where it originally appeared. 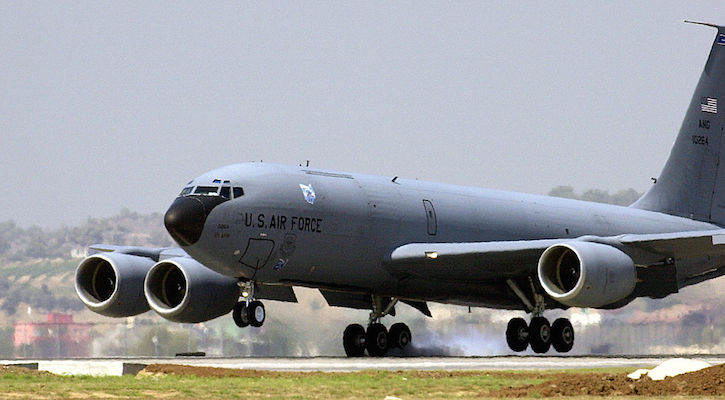 To recruit Turkey against ISIS, the United States lost sight of its true friends.

U.S. policy on Iraq, Syria and the surrounding countries seems to have been left solely in the hands of amateurs in the White House. That is not a partisan statement, for it applies to both the current and previous occupants. The next occupant, regardless of party, seems likely to muck it up as well.

The latest foolhardy decision seems to have been a deal long sought by the United States to move the “strategy” against ISIS forward. It is worth recalling that the terrorist organization is de facto an American creation resulting from the completely ill advised Iraq policy under George W. Bush.

In the blinding desire to destroy ISIS, Mr. Obama and his team were so keen on getting rights to use Turkish air bases that they completely forgot about the dark side of Mr. Erdogan.

No sooner had the agreement on bases been reached than Turkey’s own aircraft began pounding Kurdish militant targets in northern Syria and Iraq.

The government, which still lacks a governing mandate after no party won a majority in the recent elections, has officially put the anti-ISIS PKK fighters on the same threat level as ISIS. In reality, Kurdish fighters appear to be a much bigger target of the Turkish Air Force than the ISIS fighters.

The point of all this maneuvering is that Erdogan hopes to leverage wartime fervor into a favorable nationalist coalition or a new election with a better outcome for himself.

As if the U.S. collusion in that domestic, entirely partisan strategy would not be shameful enough, the United States is also pledging to help Erdogan on another matter. He has long sought to clear an ISIS-held area of Syria that is coveted by both Kurdish nationalists and (pro-Erdogan) Ottoman irredentists in Turkey. The latter, it seems, still have yet to accept the country’s 1920s borders.

Hard though it may be to believe, the facts on the ground are as follows: The U.S. military is now helping Turkey’s hardliners achieve their goals against the very Kurdish fighters whose close coordination with U.S. bombers have pushed ISIS back from Kobani and disrupted its supply lines. All the while, Turkey sat on its hands and refused to halt lucrative ISIS smuggling.

In effect, the Americans managed to sell out the Kurds, perhaps Syria’s only remaining true “freedom fighters,” as they proved to be in the defense of Kobani.

Worse, the U.S. government also bought lock, stock and barrel into Mr. Erdogan’s vicious brand of majoritarian politics for Turkey. To Turkey’s president, there are no rules – other than to do whatever it takes so that his AK Party effectively has an absolute majority.

If that requires banishing a legitimate party in Turkey’s parliament, the Kurdish-dominated HDP, which had foiled his desire for a strong majority (and thereby the establishment of a presidential democracy), so be it. For Erdogan, the end always justifies the means.

He must also have had a major round of his characteristic chuckles when he played the U.S. government for fools. Selling out the Kurds – a people with broad public admiration in the United States – is something that the Obama Administration will not be able to live down.

In many ways, it is a repeat performance of the disastrous involvement the United States has had in Egypt’s politics over the decades. At various times, Washington appeared to be in support of democracy. For the most part, however, it was always a willing tool for the dictator in charge.

The moment Egypt’s transition floundered in 2013, and it became convenient to do so, U.S. officials abandoned support for democrats in favor of generals. That “Cairo Rule” has now been (re)established with Turkey: Any hesitation about cooperating with autocratic-minded leaders vanishes when the U.S. military needs something.

And what about Mr. Putin? He has reason to fume. After all, the U.S. government has now outed itself to be at least a willing bystander aiding Mr. Erdogan in his policy designs. In true Ottoman, anti-democratic fashion, his “designs” range from crackdowns at Gezi Park to preparing to carve up the map of its neighbor to establish a Turkish “zone.”

Were Russia to do any of that, the United States would impose a heavy sanctions regime. Indeed, it did.

Such foreign policy and human rights considerations aside, the worst of it is that the Washington delusion is continuing: The need to “defeat” of ISIS has become the U.S. capital’s latest mantra – as if it could be achieved.

ISIS is well-financed and well-staffed, thanks to Turkey’s blind eye border policies. It is also well-equipped militarily – thanks to all the past U.S. “investment” in the so-called Iraqi Army – from which ISIS has deliberately and liberally sourced its weaponry and vehicles.

Much ventured, nothing gained

And herein lies the real rub on the trade-off of Kurds for access to Incirlik – the major Turkish air base that used to house U.S. spy planes during the Cold War and (ironically) the 1990s no-fly zone air patrols over Iraqi Kurdistan.

In the world of realpolitik, it might be – barely – justifiable, for a true cynic and schemer, to sell out the Kurds, if it meant achieving some much greater goal. That “just” move, however, comes with a clear stipulation: that the underlying strategy has any prayer of succeeding.

It does not. In its blind search for more “allies,” the U.S. government does far more than “what it takes.” Its trades baseline Western credibility in essence for nothing.