Here at Arsenal For Democracy, beyond my general interest in government transitions, we’ve recently been keeping an eye on the rickety Burmese political transition to democracy ➚, on the not-so-off-chance ➚ that the Myanmar military would eventually decided to overthrow its own party and scrap the transition (or water it down ➚ to pointlessness). Some version of that appears to have begun this week. At the very least, an internal coup of some kind occurred, with coercive shakeups in the ruling party and cabinet.

It’s still unclear whether the active-duty military brass or rival ex-military politicians ordered the action by security forces, but the military-aligned USD Party found its top leaders removed from party positions at gunpoint on Wednesday:

Sources within the headquarters of the USDP – which is effectively a political extension of the military – said Shwe Mann, party chairman and speaker of the parliament, had been deposed and was under police guard.
[…]
“Police entered the party compound last night. Since then no one was allowed in or out,” Toe Naing Mann, Shwe Mann’s son, told Agence France-Presse. “So-called guards” were also outside his father’s residence in the capital, Naypyidaw, he said.

Several trucks of soldiers and police officers arrived at the compound at about 10pm on Wednesday, sources said. “We have not been allowed to move around since late yesterday,” said one party member.

The USDP general secretary, Maung Maung Thein, was also forced from his post. “They called me and told me I don’t need to come to the office anymore,” he told Reuters.
[…]
Christian Lewis, a political risk analyst for Eurasia Group, said a faction in the party loyal to [President] Thein Sein appeared to have finally moved decisively against Shwe Mann after a long-running power struggle.
[…]
“I think primarily that is the ruling party’s internal affair, but the internal struggle of the ruling party can threaten the democratisation process of [Burma],” [local political commentator Yan Myo Thein] said. “Because of the power struggle and incidents inside the ruling party, the upcoming general election can be postponed. If the election is postponed the process of democratisation in Myanmar will be delayed.”

The ruling party issued a statement saying that the removal was strictly limited to party postings (such as the chairmanship and general secretariat) and nobody had been deposed from governmental offices — which seems like a delicate way of splitting hairs to apply a veneer of legality to what is essentially a low-key coup by party conservatives. (One partisan claimed that 200 security people were on site when the party held a meeting on the firings.) The USDP did not clarify why its politicians had been fired from the party leadership.

Presidential spokesman Ye Htut did offer this veiled commentary to Voice of America:

“Any party will have to go about changes when its leadership deviates from the party’s policies, ignores the party members’ will, prioritizes personal profit over the country’s interests and creates factionalism within the party.”

One interesting angle is that Parliamentary Speaker Shwe Mann (one of the people removed from his party post in this week’s purge by soldiers and police) had — in the eyes of conservative military brass and ex-military figures — reportedly become too politically close with Aung San Suu Kyi, the leader of the official parliamentary opposition since 2012 (and a longtime, globally-recognized pro-democracy activist). New York Times:

Mr. Shwe Mann, like many politicians in Myanmar today, is a complex and somewhat compromised figure. As a leading member of the former junta, he was complicit in the persecution and economic mismanagement that left millions in poverty and kept thousands in prison for their political beliefs.

But as speaker, he sought to bolster the power of Parliament and pushed legislation opposed by the military that would have decentralized the country’s hierarchical administration, a legacy of military rule. His partnership with Ms. Aung San Suu Kyi was tenuous, but some saw hope for a grand bargain between the military and democratic forces.

The candidacy filing deadline for the key November elections is today, and Speaker Shwe Mann may struggle to gain ballot access without his party role. The question I posed in January, when it made my list of 15 elections to watch in 2015, remains:

Burma: Is the country really transitioning to democracy or is the transition all a façade by the new military-derived leaders to end the country’s devastating isolation? 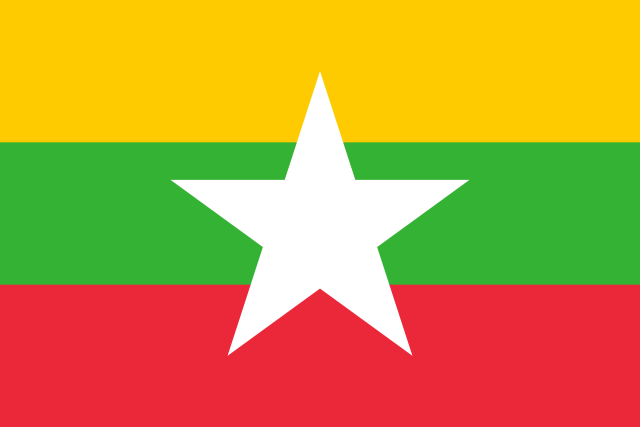