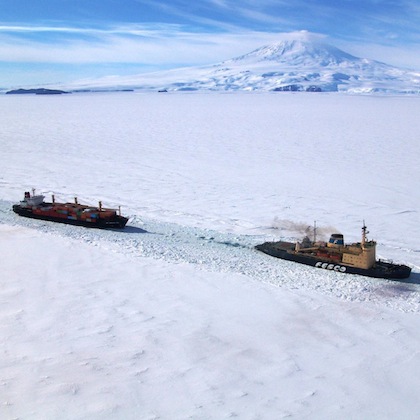 Given this lay of the land, it is more important than ever in the United States to pay attention to judicial nominations – whether to the U.S. Supreme Court or to state supreme courts in places that do not elect judges – and assess the candidates from the perspective of their views (and hence potential impact) on global climate change.

Support for a habitable world and understanding of climate science and its consequences must become a litmus test for U.S. judges in this era, in the way that other issues became key tests for nominees.

This is all the more important as politicians – even well-meaning ones – often talk about the effects of climate change abstractly, as a future problem for future generations.

This “future generations” talking point, of course, skips right over the fact that environmental challenges must be addressed here and now.

Resorting to lofty rhetoric, and thereby effectively punting on the environment, is no longer an option. Passivity on this issue means that pollution and ever more CO2 emissions are “baked in.”

No matter how young or old we are, none of us alive today needs to wait anymore to see what will happen due to our unchecked greenhouse gas emissions.

In 2016, climate change is already here and it’s tearing up our world, both near and far – in big ways and in small ways.

This winter we have seen temperatures across most of the United States break the records of recent averages that are themselves well above historical norms.

Last winter, we saw tremendous snowfall in part because the warming atmosphere made the precipitation volume dramatically worse down below.

On the far side of the world, people are drowning in floods or starving in droughts. People are being made refugees by climate shifts. Impoverished indigenous Arctic communities are going hungry as the permafrost ecosystem that sustains their lives melts and collapses.

Closer to home we’re seeing our beach communities slip into the sea. I experienced Super-Storm Sandy hitting Delaware in 2012, and I knew people whose lives were upended by it.

Back in 2005, a friend of mine in New Orleans lost his home to Hurricane Katrina, and his neighborhood was never the same. Hundreds of our fellow Americans died that week. His mother later died of illness contracted from defective FEMA trailers delivered in the aftermath.

Compounding that initial tragedy is the reality that, over the following decade, virtually no real climate action was taken at the systemic level necessary.

Unsurprisingly, the strongest Western Hemisphere hurricane ever recorded hit Mexico and Texas in 2015, about 10 years after Katrina had destroyed and partially depopulated a major U.S. city.

No margin for error

For the entire rest of my life, like everyone my age or younger, I will be dealing with the consequences of a warming planet from emissions released today.

The only question is how bad the consequences will get in my lifetime. What we do today, tomorrow, and in the coming two years alone will have a tremendous influence on the answer to that question.

Like the U.S. federal government, our state and local governments must move to act on the existential threat of global warming, by law or regulation.

But we need judges in place who will uphold and enforce these provisions when they come into effect.

We need judges who will permit our ongoing energy transformation to cleaner sources of power. We cannot have the courts protecting dirtier sectors of our economy from the coming transition to clean energy.

Our courts must be there alongside the other branches of government to secure the people’s right to a habitable world, now and forever. This is a human right for all people.

In acting urgently and boldly on climate change, and in making sure every branch and level of government is working on that goal, we can make a difference.

Both because of – and despite – the underlying political contentiousness that manifests itself on climate change in the United States, we do not have the luxury anymore of waiting around or taking a slower approach.

Which is a good reminder of the global stakes involved if U.S. Senate Republicans try to play out the clock on filling the U.S. Supreme Court vacancy.