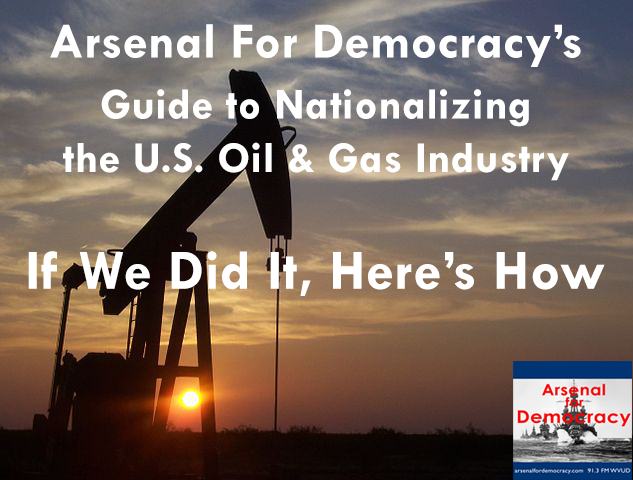 Like the single-payer healthcare fight, but for the entire global climate…

The beginner’s guide to a pragmatic government purchase of the US oil and gas industry to wind down fossil fuel production rapidly in the global public interest.
People: Bill and Nate Produced: Aug 13th, 2017.

You can find a complete list of our reference materials here.

You might also want to listen to Ep. 178, on climate austerity in a state of emergency, which originally aired in April 2017.