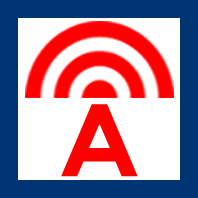 To our past readers from Starboard Broadside, shuttered at the beginning of February 2011, Nate and I want to welcome you back.

The two of us have been very busy on a number of other endeavors in the past 33 months, which didn’t leave us much time for writing. This won’t be the same site, of course, but we’re looking forward to delivering some of the same type of insights and essays you have come to expect from us, as well as some new ones, on a regular and, we hope, daily basis.

It is particularly fitting as we launch this site that the U.S. Senate has just reformed its filibuster rules significantly, given that its failure to do so nearly three years ago was one of several factors in the timing of our decision to suspend operations (and indeed, the predicted near-total gridlock, preventing policy from going far enough for us to discuss, did come to pass unfortunately). The new reforms are far from a cure-all, but it’s a nice turn of events as we return to the written medium.

To our new readers, particularly those who are listeners to my talk show on WVUD, welcome to our written commentary. My first radio show, Broadside Radio, was a spinoff of the old blog and ended concurrently. My new show started later that year and has in great part led me back to writing. Here you’ll get bonus related written content that didn’t make the final cut for the 45 minutes to an hour I have each week, and you’ll find a whole lot more as we think out loud (in writing, at least) on various new stories — some of which may develop into segments. If you like the show, you’ll definitely want to stick around for all the online-only content.

A note about older posts:

The site is officially launching today, December 1, 2013. Everything dated prior to December 1st has been re-located here from other sites, including Starboard Broadside, if it predates February 2011. These posts have not been modified or changed except for the occasional correction of a dead link or inclusion of an editor’s note about subsequent developments. We do not plan to move all or even most of the Starboard Broadside posts over, as this is not the same site and many of the posts are short and narrowly focused on something that was only momentarily topical. We will however, be transferring some of the more interesting and timeless items from the SBBS archives on an ad hoc basis as we find connections to past posts in current events.

Thank you all so much for reading Arsenal For Democracy. –Bill