This week is our final episode on WVUD, where I have been a broadcaster for 10 years now and which has hosted this show for 9 years. We will be continuing the show in podcast-only format at arsenalfordemocracy.com and the usual podcast subscription sites.

We will be on break for the rest of December and possibly the first week of January before resuming our podcast episodes. Notes for each week’s shows, like with today’s, will be posted on the website.

Without getting too specific today: Our approximate intention is to continue our typical episodes in a slightly more flexible format and just a bit longer, likely released on Sunday evenings, and to begin doing paid subscription bonus episodes each week likely for release on Wednesdays, featuring more guests and more book reviews. Both episodes each week will tend to include a third panelist or guest, and more back-and-forth discussion than many of our episodes this year, once we are under the less restrictive time constraints of the podcast format.

I cannot thank WVUD enough for hosting me all this time and being so flexible with my political schedule over the years. 10 years ago when I began doing a news of the week opinion talk show on WVUD, I was new to radio broadcasting and still a student at the University of Delaware. At least five of my co-hosts over the years, including Kelley who rejoined us this summer and who will be rejoining us in January much more regularly, started as fellow University of Delaware students.

Life has taken us all in various directions, some more or less predictable, but the biggest change for me was my election to City Council back home in Massachusetts just over a year ago. Around that time, formulating and recording hot takes on news of the week – always a frantic scramble, but also an ever-more relentlessly grim one – became untenable and undesirable for me and for Rachel, and we had started sprinkling in more episodes on American history topics that we felt were either under-discussed or rarely analyzed from a leftist, materialist perspective. As an elected official, I have to deal with crises as they arise and I have to have opinions on many political questions as they arise, but there’s no need to add to that with a hobby radio show … and history – while very relevant to our present, as we have tried to demonstrate each week – does not change so quickly and render our opinions already out of date and regretted instantly.

We also experienced early this year, the double-hit of the collapse of the apparent mirage position of an ascendant American left and the arrival of a pandemic that made each week either the same or so different each day as to make it impossible to record a relevant show two days ahead. Rachel and I, without even really deciding it formally for many months, took the show in the direction of those scattered history episodes from last year. We began to dedicate the show each week to researching (and presenting from our leftist political viewpoint) some piece of American history that we believed deserved a closer look and might help us better understand how the United States got to the situation it finds itself in today.

We found we enjoyed it more, learned more, and developed a better understanding of our history and our own beliefs. That project is what we and our rotating additional hosts and guests will be continuing to take on over the course of 2021, as we depart WVUD for a podcast-only format with episodes twice a week. We have already identified more than 40 episode topics and interviews for the coming year, and many of them we have already outlined in full. We hope you will continue to listen to and even subscribe each month to Arsenal For Democracy as we leave WVUD. And thank you again to the station for its decade of support.

WVUD in Delaware has been my broadcasting home for 10 years now and I’m so grateful for the opportunities they’ve given me. But “Arsenal For Democracy” will be departing the station in January to re-launch in a podcast-only format, including a bonus episode each week.

More details to come as we get closer to the end of 2021 and finish our last 6 episodes with WVUD, but we think current listeners will be pleased with the new format. We’ll be keeping what has been working and improving upon that further. We also think new listeners will love it!

We will continue our focus of the past two years on American history – especially the homegrown history of labor, the left, and radicals as it relates to our present – featuring the same four or five co-hosts on a rotating basis, but we will also be adding more guest interviews and book reviews. We’re expecting typical episodes to be under 40 minutes long, unless they’re double-length at around an hour and 15 minutes for a longer topic or interview.

Well we did not record a new episode of the show this week because we would have had to record before the election for broadcast today after the presidential election. I guess it’s good we planned it like that because, well, there was a catastrophically terrible surprise outcome as you might have heard.

We should be back on the air next week. Also I guess I hope to be able to return to writing here daily, which I still had not been doing, due to ongoing election commitments.

Bill Humphrey’s campaign has concluded. Site operations and the radio show will resume some time this month (September 2016). Thank you for your patience.

This is not the campaign site of Bill Humphrey for Governor’s Council. This is a news commentary and research blog affiliated with the Arsenal For Democracy Radio Show (currently on hiatus).
The blog will continue to post at a reduced schedule.

I know many folks were wondering why the radio show had gone on hiatus at the beginning of December.

After speaking with so many of you all over, I’m proud to announce that I’ll be running in the Democratic primary for Massachusetts Governor’s Council Third District in September 2016.

This is a natural continuation of the work I’ve been doing for nearly a decade. But together, we can fight for justice for all in Massachusetts – on race, inequality, the environment, and more. That means first bringing a new generation’s perspective to the job for the 32 cities and towns I hope to represent.

Watch the video at Bill Humphrey For Massachusetts Governor’s Council and read more about where I stand on the issues of our time. 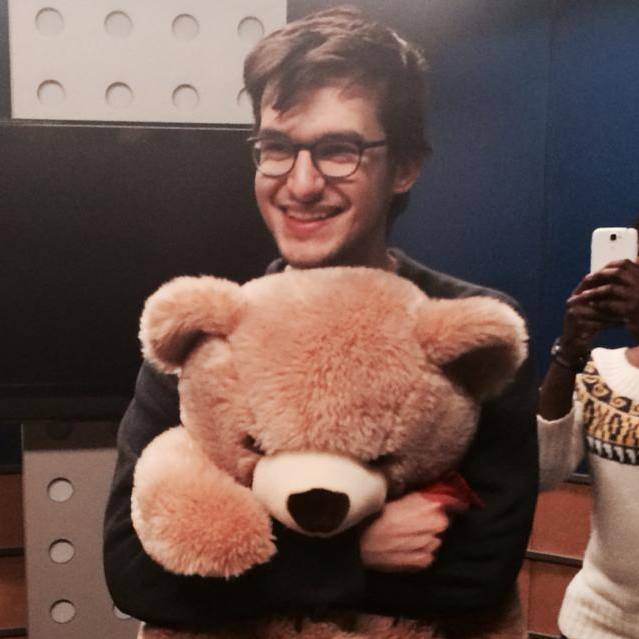