Assuming no unexpected party switching, the Republicans will win the Senate if they win at least six Senate seats (net). Here’s how things look the night before…

N.B. Georgia and Louisiana are both expected to go to runoff or second-round elections after November. These will probably still be Republican wins, but will likely be highly contested if they are the determining factor for chamber control. 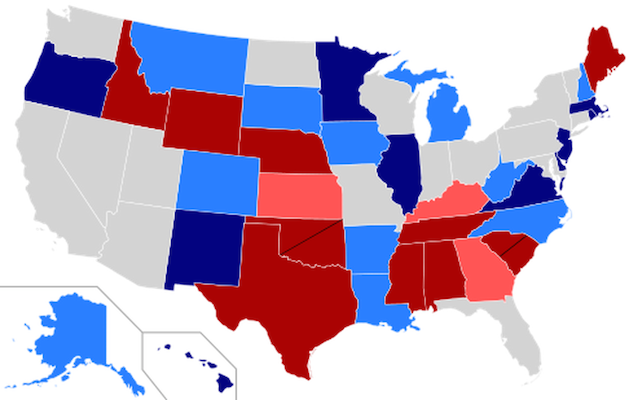 Bill Humphrey is the primary host of WVUD's Arsenal For Democracy talk radio show and a local elected official. Follow him @BillHumphreyMA on twitter.
View all posts by Bill Humphrey →
Tagged  2014 US elections, Democrats, Republicans, US Senate.
Bookmark the permalink.