During a fierce battle outside the perimeter of the Syrian Armed Forces base at Deir al-Zor, a heavily defended enclave in the heart of ISIS territory in eastern Syria, the Syrian Air Force allegedly dropped unidentified chlorine weapons on the ISIS forces surrounding the base (Associated Press, December 6, 2014):

The Britain-based Syrian Observatory for Human Rights said […] The rebels stormed parts of the base before a counterattack and intense air raids by government forces pushed them back, it added. The group said that some Islamic State fighters had breathing problems in the area after government forces used chlorine gas against them.

Chlorine, while quite lethal in its own right, is a very different (and somewhat more survivable) agent from the sarin nerve gas weapons used by the pro-Assad forces on civilians in August 2013. While the sarin stockpiles are being declared to global inspectors and relinquished, the regime has allegedly continued to drop improvised chlorine-infused barrel bombs from fighters jets to intimidate northwestern villages several times in early 2014. Chlorine barrel bombs are nowhere near as “effective” (i.e. massively fatal) as conventional weapons or regular chemical warheads like those used in March and August 2013.

Additionally there is probably not a lot of sympathy to be found for ISIS combatants exposed to chlorine attacks, in light of their own likely use of chemical IEDs in Iraq (New York Times, October 23, 2014):

Regardless, it sounds very much like both ISIS and the Syrian Armed Forces are using makeshift chlorine weapons for dramatic effect (though not necessarily for battlefield utility) — and now one is simply using it on the other. Not a lot of tears will be shed for ISIS fighters exposed to what is essentially their own directly proportional chemical comeuppance. 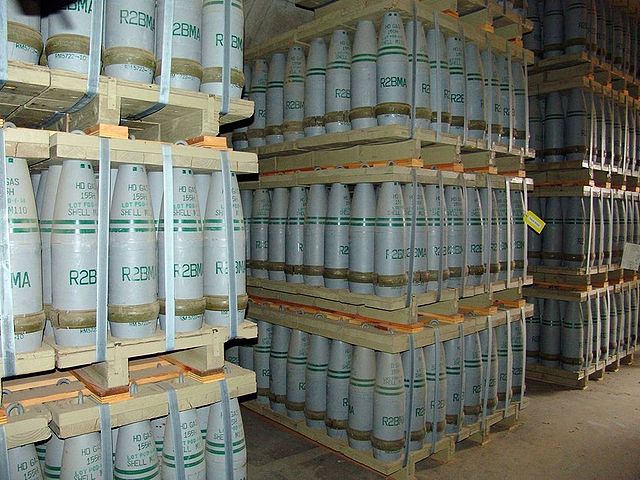