The Associated Press has broken yet another story of a mind-blowingly stupid State Department USAID plot to infiltrate Cuba and overthrow the Castro regime, all via a horribly incompetent contractor called “Creative Associates International.” The latest? Trying to infiltrate the country’s underground hip-hop scene to overthrow Castro via angry rap lyrics:

A U.S. agency’s secret infiltration of Cuba’s underground hip-hop groups scene to spark a youth movement against the government was “reckless” and “stupid,” Sen. Patrick Leahy said Thursday after The Associated Press revealed the operation.

On at least six occasions, Cuban authorities detained or interrogated people involved in the program; they also confiscated computer hardware that in some cases contained information that jeopardized Cubans who likely had no idea they were caught up in a clandestine U.S. operation. Still, contractors working for the U.S. Agency for International Development kept putting themselves and their targets at risk, the AP investigation found.

Hip-hop artists who USAID contractors tried to promote either left the country or stopped performing after pressure from the Cuban government, and one of the island’s most popular independent music festivals was taken over after officials linked it to USAID.

“The conduct described suggests an alarming lack of concern for the safety of the Cubans involved, and anyone who knows Cuba could predict it would fail,” said Leahy, a Vermont Democrat who is chairman of the State Department and Foreign Operations Appropriations Subcommittee. “USAID never informed Congress about this and should never have been associated with anything so incompetent and reckless. It’s just plain stupid.”

Before this revelation? The AIDS education plot:

Fernando Murillo was typical of the young Latin Americans deployed by a U.S. agency to work undercover in Cuba. He had little training in the dangers of clandestine operations — or how to evade one of the world’s most sophisticated counter-intelligence services.

Their assignment was to recruit young Cubans to anti-government activism, which they did under the guise of civic programs, including an HIV prevention workshop.

According to internal documents obtained by the AP and interviews in six countries, USAID’s young operatives posed as tourists, visited college campuses and used a ruse that could undermine USAID’s credibility in critical health work around the world: An HIV-prevention workshop one called the “perfect excuse” to recruit political activists, according to a report by Murillo’s group. For all the risks, some travelers were paid as little as $5.41 an hour.

As one Republican put it:

“These programs are in desperate need of adult supervision,” said Sen. Jeff Flake, a Republican from Arizona and longtime critic of USAID’s Cuba programs. “If you are using an AIDS workshop as a front for something else, that’s … I don’t know what to say … it’s just wrong.”﻿

Flake has been particularly loud in criticizing these idiotic policies, as I don’t think he particularly cares about hurting the feelings of the militant, aging anti-Castro bloc in Congress.

In July 2010, Joe McSpedon, a U.S. government official, flew to Barcelona to put the final touches on a secret plan to build a social media project aimed at undermining Cuba’s communist government.

McSpedon and his team of high-tech contractors had come in from Costa Rica and Nicaragua, Washington and Denver. Their mission: to launch a messaging network that could reach hundreds of thousands of Cubans. To hide the network from the Cuban government, they would set up a byzantine system of front companies using a Cayman Islands bank account, and recruit executives who would not be told of the company’s ties to the U.S. government.

McSpedon didn’t work for the CIA. This was a program paid for and run by the U.S. Agency for International Development, best known for overseeing billions of dollars in U.S. humanitarian aid.

According to documents obtained by The Associated Press and multiple interviews with people involved in the project, the plan was to develop a bare-bones “Cuban Twitter,” using cellphone text messaging to evade Cuba’s strict control of information and its stranglehold restrictions over the Internet. In a play on Twitter, it was called ZunZuneo — slang for a Cuban hummingbird’s tweet.

Documents show the U.S. government planned to build a subscriber base through “non-controversial content”: news messages on soccer, music and hurricane updates. Later when the network reached a critical mass of subscribers, perhaps hundreds of thousands, operators would introduce political content aimed at inspiring Cubans to organize “smart mobs” — mass gatherings called at a moment’s notice that might trigger a Cuban Spring, or, as one USAID document put it, “renegotiate the balance of power between the state and society.”

If some Tom Clancy type of author had tried to submit the past six years of U.S. plots in Cuba to their publisher in a novel they would have been laughed out of the contract and had their advance torn up. That’s how stupid these have been.

All of these efforts, like the old exploding cigars and Bay of Pigs efforts of yore, have been spectacular and costly failures that continue to put innocent lives in danger needlessly in the promotion of a myopic US agenda.

There are few if any other countries/regimes for whom the United States government has the same truly unhinged level of obsession. (After all, in 1976, we almost started a nuclear war with Cuba just because they were messing with Kissinger’s terrible plans for Angola. We didn’t even get that stupid with the Soviets.) At this point, we need to let it go and wait it out patiently. We’ve managed to do that for dozens of other non-democratic countries. 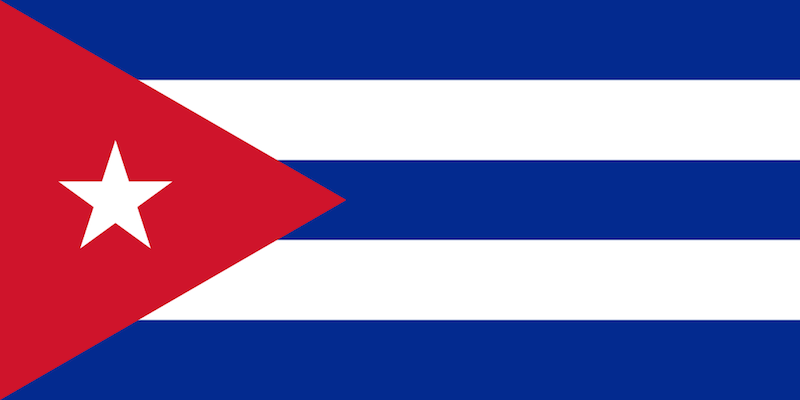