As Turkey’s civil and military leadership spar over whether or not to invade northern Syria (full story➚) to establish a unilateral buffer zone for refugees, a similar drama is playing out on the other side of the war-torn country within one of the region’s absolute monarchies.

The Financial Times earlier this week broke the story that Jordan is planning to invade southern Syria and take over part of the country by force to assist the rebels, under the guise of a “humanitarian” mission to establish a buffer zone southeast of Golan Heights in the Daraa area next to the Jordanian border. 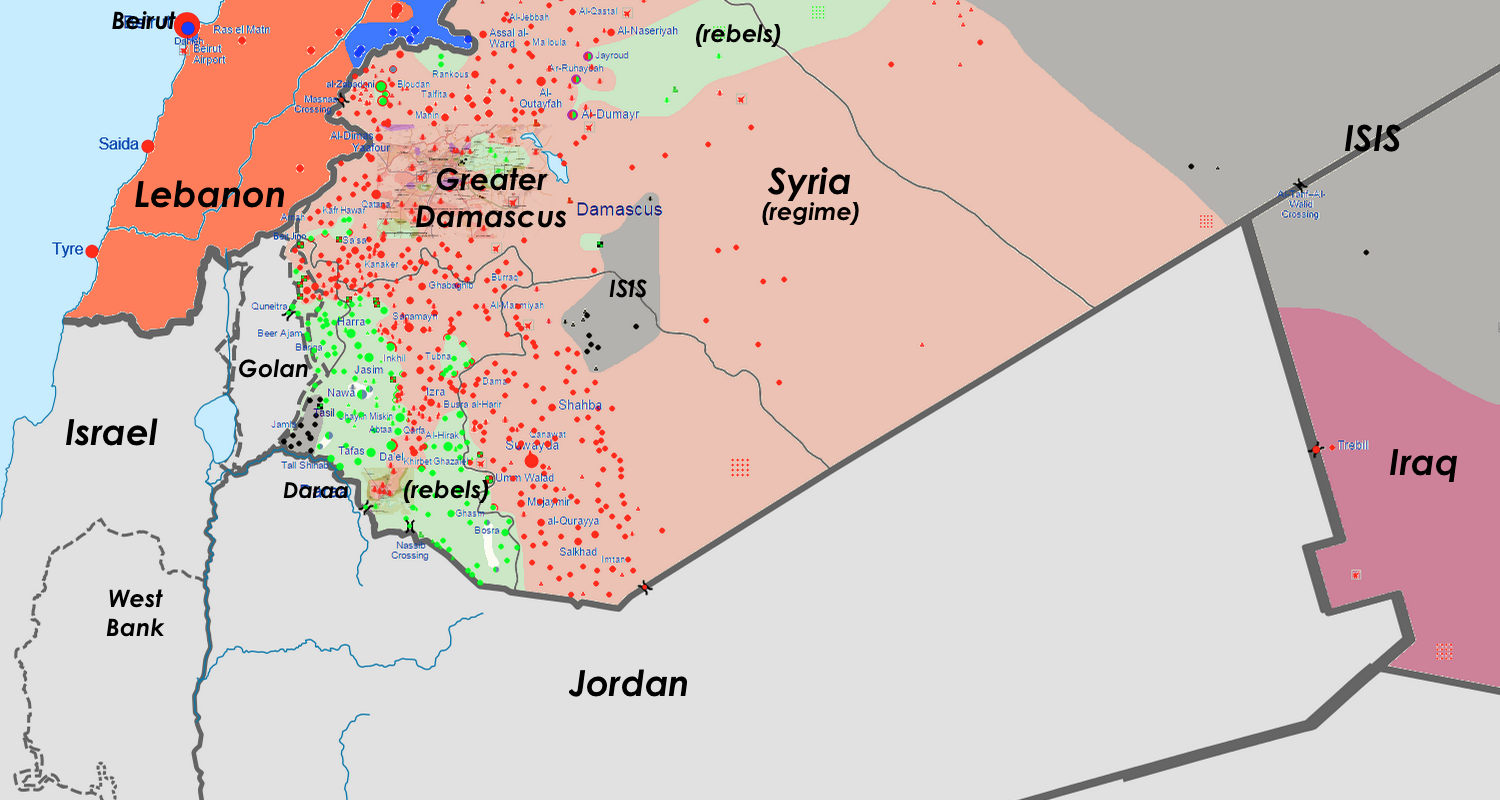 More details from the FT:

It is also unclear how much co-ordination has so far taken place to prepare southern Syria’s existing brigades of rebel fighters for the operation: senior figures in the southern brigades contacted by the FT said they were unaware of the plans. While Jordanian intervention is likely to be welcomed in Deraa, there is also a question over whether forces backed by Amman will be so readily supported in neighbouring Suwayda province, where Druze tribes have an uneasy relationship with anti-Assad forces.﻿

The U.S. State Department claimed it had not seen any evidence that Jordan or Turkey were planning such invasions or buffer zones. But the State Department never seems to have any clue what’s going on in Syria, so. I don’t take that at face value. The contention also seems to be wrong based on the large troop movements everyone else is noticing and the fairly public debate in Turkey.﻿

Both countries have absorbed huge numbers of Syrian refugees and appear to have reached saturation of what they are willing to handle internally. Jordan also appears to be concerned about the possibility of ISIS reaching key border points. In February, Jordan stepped up its air campaign against ISIS (full story➚) in Syria and Iraq after the execution of a hostage Jordanian Air Force pilot.