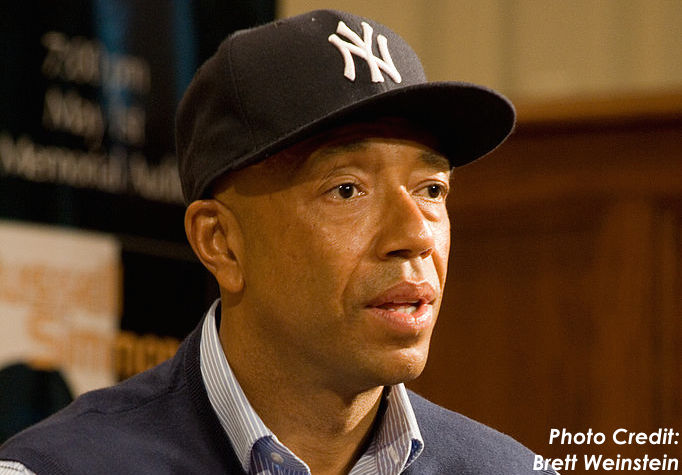 Moreover, Simmons used his image and influence to appeal to the Black community. His target market specifically was “underbanked Americans.” The underbanked are low-income individuals and families with limited access to banking services by geographic location, credit history, discrimination, or other factors. These consumers were drawn in by UniRush promising no credit checks, $5.00 credits, designer logos, and the ability to receive direct deposits up to 2 days earlier. For the poorest Americans, already saddled with consumer debt and struggling to make ends meet, these little things could make a difference, however briefly. Read more

It’s another dark day for the banking sector, with several of the world’s biggest financial institutions being fined for their role in rigging the global foreign exchange market.

…regulators on both sides of the Atlantic have announced fines totalling around £2bn, or $3.1bn, against HSBC, Royal Bank of Scotland, UBS, JP Morgan and Citigroup.

All five banks have been penalised because their staff colluded to fix the official rates at which currencies were trading against each other in the international markets.

I’m sure they still probably made a lot more money off the collusion and manipulations than they’re being fined, but at least there’s a bit of justice.

But the real takeaway? Good lord, even Britain’s financial regulators at the FCA produce better videos (watch below) than Americans do. It’s like a dry BBC comedy but for white collar crime. Somehow they manage to make an incredibly dull description of illegal transaction activities into a gripping and funny set of infographics and deadpan reading of curse-filled chat transcripts by bankers.

In May 2009, President Obama signed into law the Credit Card Accountability Responsibility and Disclosure (CARD) Act, a reform package to protect American consumers from abusive practices, misleading advertising and marketing, and more.

Some elements are enforced by the Federal Trade Commission, an independent regulatory agency dating to the Wilson Administration in the early 20th century Progressive Era. The rest is now enforced primarily by the Consumer Financial Protection Bureau created by the Dodd-Frank Wall Street Reform and Consumer Protection Act of 2010. The Bureau, perhaps best known for being a major agenda item by Elizabeth Warren before she ran for Senate, is under the aegis of the Federal Reserve, another Progressive Era institution.

The Credit CARD Act, which passed with bipartisan support not long after the height of the credit crunch and the credit carpet being pulled from under average American consumers, sought to curb a wide range of problematic behaviors by the card companies.

It also outlined some core principles for regulatory enforcement of the law:

Since the Credit CARD Act took effect, there have been a number of rulings and enforcement orders by Federal regulators against some of the credit card companies for failure to comply with consumer protections. These include failure to limit consumer fees and charges as required or to change policies on issuance of credit cards to minors and students, as well as violations of restrictions on fees and other terms of gift certificates, store gift cards, and general-use prepaid cards. Companies have also had to ensure their advertisements for private credit reports disclose that free credit reports are already available under Federal law.

Capital One, a particularly egregious employer of abusive practices and a well-known (even notorious) marketer of all kinds of cards and credit services, has been one example of a company forced to settle. The venerable American Express has also been forced to make big payouts for attempting to manipulate settlements and for other violations.

The latter got hit with another order today from the Consumer Financial Protection Bureau — which is good news for the consumers they have misled:

The Consumer Financial Protection Bureau has ordered American Express to pay more than $75 million to settle claims that it charged improper fees and misled its credit card customers over so-called add-on products like identity fraud protection.

The Dealbook/NYT article above details which practices were cited in the enforcement order from the CFPB. Last year’s settlement by American Express was even bigger, at $85 million.

While it’s unfortunate that AmEx is still trying to mislead its customers and potential customers, in violation of repeated actions by the Bureau and other regulators, the system seems to be working better than before the Credit CARD Act was passed in 2009. Moreover, according to Warren, within the first year or so, most companies began complying with — or even going beyond — the law’s requirements. On balance, consumers are being better protected. And that’s great news for everyone.

Bill and Persephone discuss the Justice Department’s prosecution of financial crimes from the 2008 crisis — which makes Bill frustrated — and then examine the UN peacekeeping mission in the DR Congo.