– Workers’ rights: Major U.S. corporations will no longer be able to shield themselves on labor issues by subcontracting and franchisees will have to face unions.
– Refugees: Is the European Union doing enough to deal with the refugee crisis? Is the world prepared for mass climate refugee situations?
– Lebanon: The people rise up in Beirut as trash goes uncollected for weeks on end.

As previously explained, Beirut, Lebanon is in the midst of a series of protests against the dysfunctional national government for failing to arrange for trash collection in the capital. The government began panicking and backtracking after riot police violently assaulted protesters. But that didn’t mean they were actually planning to fix anything. They just didn’t want to have another crackdown.

The protests turned violent over the weekend, prompting the government to erect a concrete wall outside its main building to prevent protesters from reaching it.

Within hours, the wall was filled with anti-government graffiti.

“State of Shabiha,” one young man scrawled, an Arabic term for thugs. Another drawing showed a man’s body wrapped in a black cloth below a caption that read: “The shroud of the state.”

On Tuesday, authorities began removing the wall, just 24 hours after it was installed.

“They won’t fool us by removing the wall,” said Sarhan, the You Stink supporter. “Remove it or not, we don’t care. We want… an end to sectarianism. We want to build a state,” he said.﻿

Popping a concrete wall into place — I assume they used pre-fab barriers rather than pouring it on-site — definitely sends a pretty specific message: “We are ‘fraidy-cats.” That’s in line with the rather pathetic, frantic pinwheeling of the Prime Minister after the crackdown.

“I was never in this for a position in government, I am one of you. I am with the people. Do not pit this conflict [as] one camp against the other. Target all the politicians.”

Delusional, tone-deaf speechifying to try to placate protesters is usually a pretty good sign of the impending fall of a government.

Also a nice touch, in building the wall, to give everyone at the protests a media-friendly canvas on which to paint their frustrations. Have Lebanon’s leaders never heard of all the political graffiti on the West Bank security barrier or the West Berlin wall? 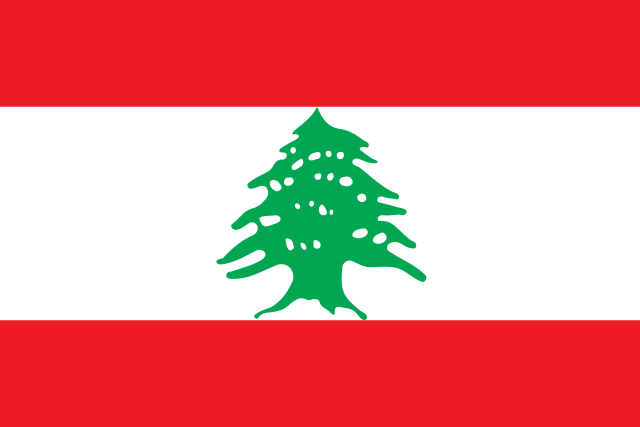 Sometimes the role of government isn’t about the really big things. Sometimes, it’s just about the little things that affect everything else.

Lebanon and Kurdish Syria (a semi-autonomous region) have been making a key reform in one such area: the establishment of civil, non-religious marriage and relationships. The idea, previously banned, finally allows people from two different religious sects to be legally married without one of them having to convert.

In both Lebanon and Syria, religious affiliation is not a personal choice but rather a legal fact included on documents from birth onward. This has contributed to the perpetuation of intense sectarian conflict and tensions for the past century.

Syrian Kurds Hmaren Sharif and her groom, Rashou Suleiman, signed the country’s first civil marriage contract over the weekend, under new laws administered by the ruling Kurdish Democratic Union Party.
[…]
In multi-confessional Syria, where about two-thirds of people are Sunni Muslim and the rest mainly Shia, Christian and Druze, civil marriages between members of different faiths have long been forbidden.

It is unclear if Sharif and Suleiman are themselves from different sects, as the new law does not require participants to disclose that information.

The introduction of civil marriage in Qamishli is seen as a measure to uproot rising sectarianism and undercut the authority of religious leaders over social institutions like marriage, 3arabi Online said.
[…]
Saturday’s ceremony, meanwhile, was lauded by civil marriage activists, who have been bolstered by a year of unprecedented progress in a region of the world where sectarian leaders wield much power over personal matters like marriage.

Kholoud Sukkarieh, one half of the first couple to obtain a civil marriage license in neighboring Lebanon, told Al Jazeera she was alerted to news of Syria’s first civil wedding when activist group Civil Marriage in Syria tagged her in posts about it on Facebook. She called the new marriage law “a great step forward.”

“It is so courageous and brave to do such a thing during this sectarian war in Syria,” said Sukkarieh, who had her Sunni sect designation struck from her official identification so that she could marry a Shia in April. She and husband Nidal have since welcomed Lebanon’s first sect-less baby into the world.