A former Iraqi chemical weapons engineer from the Saddam Hussein era — later a veteran insurgent styling himself as “Abu Malik” — has been killed in a coalition airstrike near Mosul, according to the United States. He was believed to be advising ISIS personnel on handling and use of chlorine weapons (which are not, incidentally, banned under the Chemical Weapons Convention).﻿

By most accounts, both ISIS and the Syrian Armed Forces are using makeshift chlorine weapons for dramatic effect — though not necessarily for battlefield utility, as they are difficult to use effectively in improvised explosive devices.

ISIS appears to have made the same major error in Sunni Iraq as the United States did nearly 12 years ago, pursuing a de-Baathification policy and thereby alienating a key constituency that might otherwise have backed their occupation — Baathist military officers and pro-Baathist Sunni tribes.

These Baathists generally have the most military and administrative experience in the the Sunni regions of Iraq, due to their military and governmental service under Saddam Hussein. Additionally, most membership/follower estimates of both the new paramilitary wing (which aided the ISIS capture of Mosul) and the political party put them at significantly larger numerical strength than the ISIS brigades operating in Iraq, if not all across the so-called Islamic State.

All in all, this policy seems to be backfiring on ISIS much the same way it backfired on the United States, as demonstrated below in a comparison between recent articles and articles from various points in the U.S. war effort after March 2003.

The Atlantic, this week:

But once its initial gains were secured, ISIS quickly betrayed the very groups that had aided its advance. Most prominently, ISIS declared the reestablishment of the caliphate, with the group’s spokesman Abu Muhammad al-Adnani claiming that “the legality of all emirates, groups, states, and organizations, becomes null by the expansion of the khilafah’s authority.” The statement clearly signaled that ISIS believed it had usurped the authority of its allies; indeed, in early July it rounded up ex-Baathist leaders in Mosul (doing so proved particularly problematic for ISIS because the ex-Baathists were also managing the actual governance and administration of the northern Iraqi city, and their arrest hastened the rapid disintegration of basic services).
[…]
And ISIS’s bureaucratic mismanagement has alienated local populations, leaving them with a lack of job opportunities and essential services.

In the continuing battle over the religious future of the city of Mosul, the modern heir to the Biblical city of Nineveh, the Tomb of Jonah (also known as the Mosque of the Prophet Yunus, after his Arabic name) was blown up today. Video showed the structure being completely leveled by explosives.

The Mosque, previously a Church and originally part of an Assyrian palace complex, was supposed to be the burial ground of the 8th Century BCE prophet most famous for being swallowed by a fish when he tried to avoid going to Nineveh to preach. Today the area is a suburb of Mosul, which lies across the river from where Nineveh stood.

Government officials blamed ISIS for the attack, which seems to be the case. It was not immediately obvious exactly why the extremist Sunni Islamist would target a Sunni Mosque of significance to the core of Islam. Jonah/Yunus is one of the crossover figures from the Hebrew Bible, Christian Old Testament, and Quran.

However, ISIS has reportedly destroyed a number of other Sunni Mosques in Mosul already since capturing it in June, perhaps to remove competition against their hardline views.

Less than a week ago, ISIS expelled all the Christians from the city for the first time in 18 centuries.

Video still, seconds after detonation of the minaret and building complex. Watch 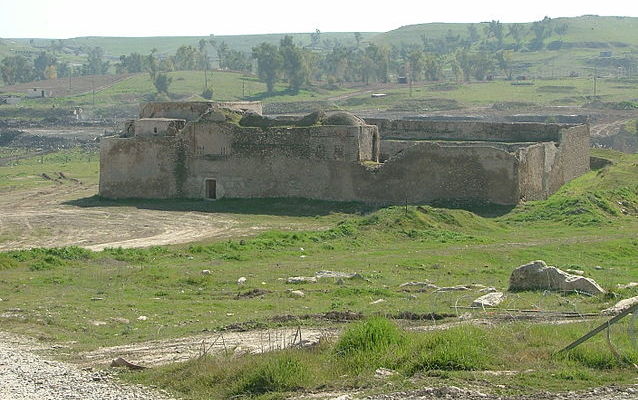 The city has long been a holdout against sectarian pressures until now. Mosul became the regional capital of what is now Iraq under the 7th century Umayyad Caliphate (an early Muslim dynasty), even as it remained a major — even rising — Christian city. It also maintained a significant Jewish population well into and past the era of the Crusades.
Read more 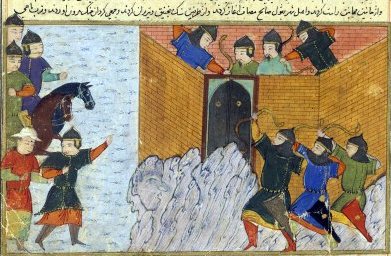