The footage and photos coming out of (the predominantly Russian, major Black Sea port city of) Odessa over the weekend are pretty crazy.

A few weeks after Putin referred to Odessa as historically Russian, pro-Russian protests began in the city, leading to fights with Ukrainian nationalists, as police stood by and watched.﻿ Dozens were killed in the Friday clashes and the transitional national government in Kiev began intervening to kick the Odessa’s police force into doing its job.

These deaths now appear to have been the result of a bad combination of Russian-speaking armed protesters and frustrated, young Ukrainian nationalists on parade for unity (en route to a soccer game) amid increasing military tensions in the eastern part of Ukraine. Shots were fired at the unity rally, and the parade participants fought back. Barricades were put up by the pro-separatist side and nationalists began throwing bricks at them. A government building where some of the Russians were barricaded caught fire, resulting in most of the deaths.

Today, approximately 1,300 pro-Russian activists in Odessa arrived at a police detention center to “liberate” about 70 of their comrades arrested during the Friday protests.

The cycle we have seen previously in pro-Russian breakaway zones of other countries, and again this year in Crimea and the three “separatist” eastern oblasts, has been: Russian speakers begin agitating against the national government, leading to violent clashes or claims of being threatened, followed by Russian special forces arriving to stir up more trouble and secure military sites, concluding with Russia “considering” how to respond to protect “innocent” people. And then Russia usually invades and takes control. This system of information war creates a context and narrative “justifying” Russian intervention (a practice the U.S. is not above).

Thus, Russian Ukrainian deaths in Odessa may open a new front in Vladimir Putin’s drive to retake all of “New Russia” from the the country’s imperial days. If successful, such an annexation would link the Russian Federation overland, through Donetsk and all of the southern coast of Ukraine, to Russian-occupied Crimea and Russian-occupied Transdniestria in neighboring Moldova.

Ukraine could find itself suddenly landlocked after nearly a century of being identified strongly with the Black Sea coast and Black Sea naval activities, much like naval power Austria-Hungary suddenly losing its coasts and ships at the end of 1918, when World War I ended. 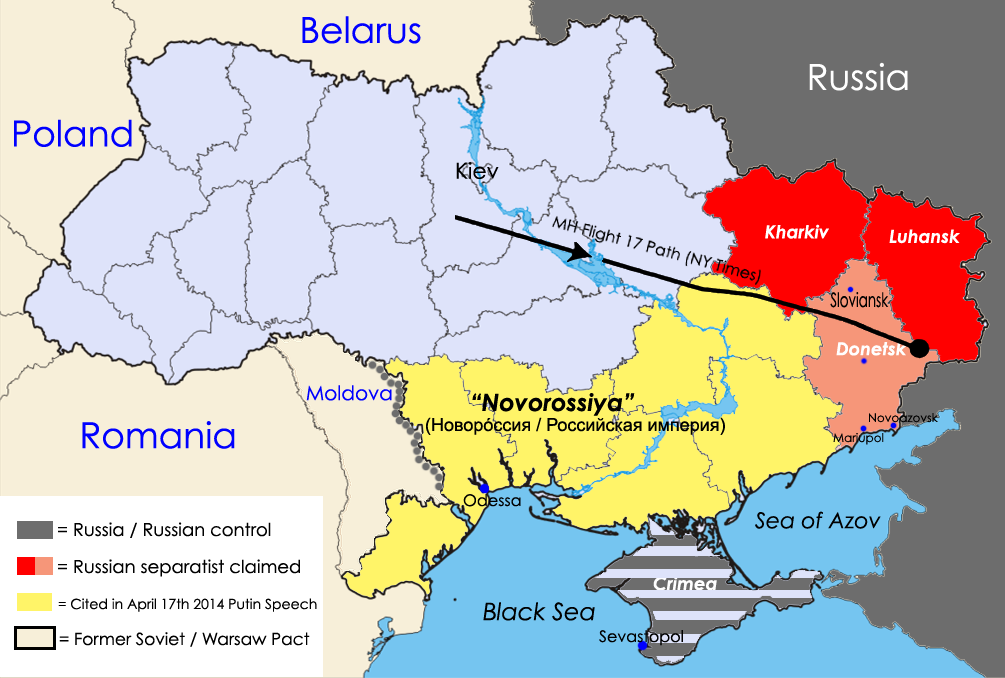 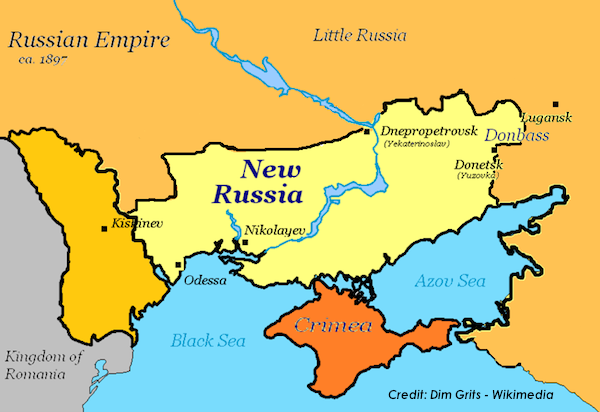