Turns out the United States is still refusing to de-list its closest and longest political allies in Iraq — the two major Kurdish parties — as “tier III” terrorists (see update at the bottom for the definition) even after expending huge amounts of resources explicitly to protect them with a no-fly zone from 1991-2003, during which time they formed a competitive representative democracy on their own.

Listing the KDP and PUK as Tier III terrorist groups stems from the classic US perception that any non-state militant actor rebelling against the state, may be listed as a terrorist group regardless of the goal the group seeks to achieve.

But now since that era of rebellion against dictator Saddam Hussein is gone, Iraqi Kurdistan is expecting the US to delist its parties from the category of terrorist groups.

This de-listing problem — which the State Department continually claims is being fixed — was news to me, though not surprising given how long Nelson Mandela got stuck on the terrorist watch list from way back in the day (when we were still allied with the Apartheid regime in South Africa).

But of all countries, Turkey, their past mortal enemy, is treating them better than the United States has been recently.﻿ (Or at least is positively treating the ruling Kurdistan Democratic Party, with whom the ruling AK Party of Turkey has formed a strategic partnership, as explored on our blog in depth recently. Remains to be seen if they would be as friendly if the opposition Patriotic Union of Kurdistan, slightly more sympathetic to Baghdad than the KDP is, were to win the next elections.) 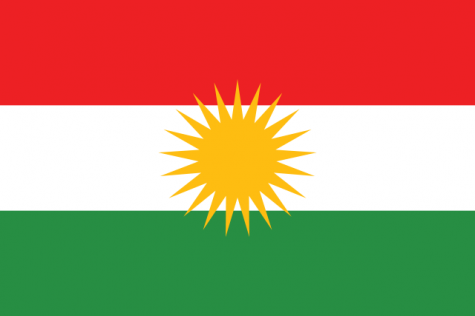 Update for clarity, October 20, 2014: Below is the explanation of the admittedly nebulous “tier III” status as described by the website of the U.S. Citizenship & Immigration Services.

So, the list fluctuates a lot more than the tier I list of “Foreign Terrorist Organizations” or the tier II list of false charities and other criminal enterprises supporting organized terrorism. Thus, a tier III listing is less severe than a tier I formal designation, but it is not by any means flattering, and Americans could potentially still get into trouble for supporting such an organization, including the major Kurdish political parties in Iraq. Likewise, party supporters could be blocked from entering or moving to the United States. It’s also more puzzling, given that it’s a more flexible list, that the Kurdish parties haven’t been removed previously. Unfortunately, tier III is a persistently confusingly applied category that regularly covers U.S. allies and U.S.-recognized political opposition parties, according to the Baltimore Law Review.