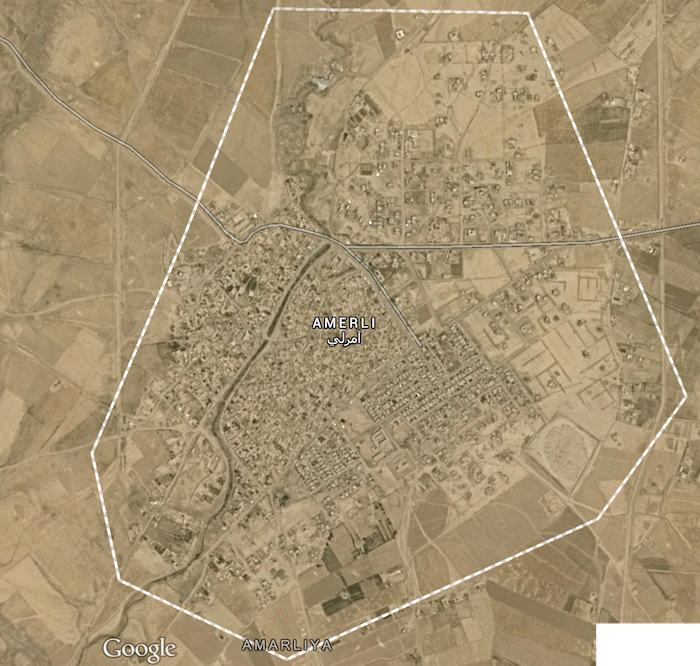 The question, then, is why the United States and the international community has not rallied to relieve the besieged town as they have done for the 40,000 starving Yazidis who were encircled for a week or so on Mount Sinjar.

My speculation is that the deciding factor is the position of the Iraqi Kurds, which have the most pull with the Western and U.S. leaders and military forces. Most Yazidis, who are a religious minority, speak Kurdish. Though heavily persecuted, they have a lot of powerful allies who are also key U.S. allies. In contrast, Iraqi Turkmen are a mix of mainstream Sunni and Shia but are a distinct ethno-linguistic minority — and unfortunately for this town they have had a very fraught relationship with the Kurds, who occupy an overlapping geographic space in northeastern Iraq. Although the Iraqi Turkmen faced plenty of persecution from Arab leaders (Saddam Hussein, the Iraqi monarchy, etc.), they have sometimes been played off by Arab leadership in Baghdad and Turkish leadership in Ankara and Istanbul against the Kurdish separatists and federalists.

Some Kurdish leaders in particular see them as a direct threat to Kurdish control of Kirkuk and even Erbil, the capital of Iraqi Kurdistan, because those cities are where many Iraqi Turkmen people are concentrated (although it’s important to note that there are far fewer of them than there are of Kurds). Iraqi Turkmen have been marginalized from participation in Kurdistan’s regional politics and have even faced direct oppression in the mid-20th century from ethnically Kurdish political parties. Between “Arabization” and reactive “Kurdification,” the Iraqi Turkmen caught in the middle have gotten a pretty raw deal all around.

But, right now, it seems possible that this particular town of Amirli is not a high priority for rescue under the calculations of the Kurdish political leadership and their peshmerga paramilitaries, who are facing ISIS attacks on Kurdish populations all across northern Iraq and the Kurdistan Region. By extension, if the Kurds don’t make Amirli’s rescue a priority, that means it’s probably not going to be bumped up the priority list for the U.S. and Western Europe.

That in turn is, unfortunately, going to lead to renewed accusations that the U.S. capriciously picks and chooses where it intervenes even when it has the capacity to help in multiple situations. Additionally, given the religious affiliation of this particular town and the sympathy being raised in the Shia Arab areas of Iraq by clerics, this is likely to fuel continued accusations that the U.S. policymakers don’t care about oppressed Shia populations across the world, just Sunni Arabs and (majority Sunni) Kurds.