Home » Commentary » Arsenal Essay » The White Savior: The Last Hope for POC (According to Hollywood)

The White Savior: The Last Hope for POC (According to Hollywood)

Movies need heroes. Whether they’re everyday people or aliens in tights, heroes are the characters in movies that the audience wants to see succeed. They save the day, they help others grow.

Unfortunately, there’s a subgenre of hero movie that is very popular in Hollywood: The White Savior movie.

You’ve seen these movies before, a group of poor, deprived kids of color have potential in something, but that potential can’t be manifested into a realized talent without the main White character showing the kids of color how to focus it. Bonus points if the White savior of the movie spends time trying to participate in the kids’ “weird” culture, much like Kevin Costner does in the trailer for the upcoming “McFarland, USA”, a movie which covers all those bases. 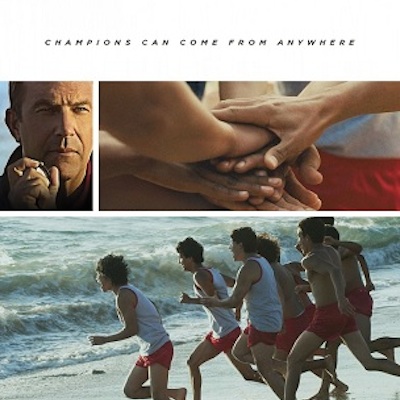 A section of the very telling promotional poster for “McFarland, USA”

But that’s not the only type, there’s also the lone White hero in the society of People of Color who seems to be the only person capable enough to save everyone from an impending doom — which in some cases is that White Savior’s own culture, but at times is the implied “backwardness” of the culture he has joined into. Films such as “The Last Samurai” (2003) or “The Last of the Mohicans” (1992) are examples. 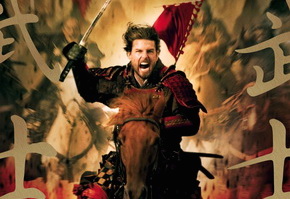 Both of these types of White heroes in movies succeed in doing one thing; making the People of Color involved look inadequate. It’s an old and racist trope that can be found in what a lot of people consider classic literature. The People of Color, whether they are schoolkids or townspeople, are treated as more props than people. Their main purpose in the story is to better the main character or be saved by the main character.

Hollywood knowingly continues this trope. Many movies have been rewritten and even have had production blocked because of a lack of a White main character, like Danny Glover’s “Toussaint” (which I have mentioned on Arsenal for Democracy before). Their reasoning behind this is that having People of Color leads in movies doesn’t sell, and that White main characters are universal and everyone can relate to them.

But they’re not. What Hollywood has failed to realize is that the People of Color in these movies are people, not props, and the cultures that these White characters are navigating or destroying so easily in these movies are more important — and deserve to be more — than a plot device.

This style of movie is one that hopefully fades out as more and more People of Color are using the internet to create alternatives or even express distaste for how we and our cultures are being mistreated in media. Movies like “Dear White People”, which talks about the experiences of Black students at a majority White school, are able to be crowd-funded and go from being a short YouTube trailer to being a theatrically released, full length movie.

Twitter has had several hashtagged calls for more diverse media — and not just movies, but books, video games (full article➚), and television shows as well — that include well thought out characters of color and are created by People of Color.