But the thinly veiled racism behind who gets to be a Feminist Icon, and whose feminism gets questioned has been receiving a lot of pushback on other social media sites. Women of Color are especially vocal, pointing out that much of mainstream feminism ignores the intersections that race, class, sexual orientation and gender identity play in the lives of anyone other than White women.

This fight isn’t new. In fact, Black women in the US have been talking about the intersection between race and gender for a very long time. 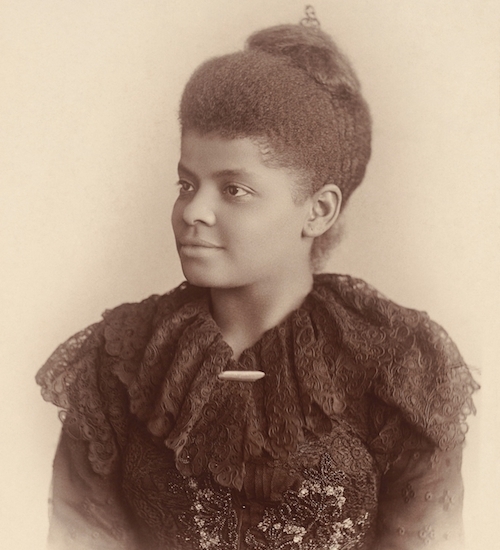 One woman who was a very outspoken voice for the rights of Black women was Ida B. Wells, a writer, businesswoman, activist, and suffragette. Ida B. Wells’ work is often framed around race, not just because she was such an outspoken anti-lynching advocate, but also because she was not afraid to speak against the racism she saw happening in the female-dominated Suffrage and Temperance movements for women’s voting rights and alcohol limit laws respectively.

Wells was especially vocal about Frances Willard, a prominent figure of the Women’s Christian Temperance Union. Willard used racism to try and sway US Southerners towards Temperance and Suffrage. In order to gain Southern support Willard played to their fear of Black economic success, stating that liquor was at the center of it. Willard also claimed that liquor caused Blacks to be aggressive, which could endanger White women and children.

At the time, Black men purportedly being dangerous and aggressive was the reason given for lynchings in the South, but after tireless research and personal experience, Well’s had already known that Black economic growth was one of the main reasons for the lynchings. Wells also knew that Black women as well as Black men were being lynched in the South. In 1893, while both Wells and Willard were on tour in Europe, trying to garner support for anti-lynching and Temperance respectively, Wells exposed Willard’s racism to Europeans who previously couldn’t believe Willard would do such a thing.

This wasn’t the only time Wells had to deal with racism in women’s movements. In 1913 during the World Suffrage Parade, Black women were asked not to march in the parade with White Suffragettes because of fear it would set back progress Suffrage had made with Southern states. Instead, Black Suffragettes were asked to march after several other groups. Although many of the Black Suffragettes agreed to the segregated march, Wells did not. Wells initially was going to boycott the parade, but instead waited in the crowd and joined the parade after it started, making sure to join with the White Suffragettes.

Although the idea of intersections in Feminism may seem new, in reality it isn’t. And although many will tell you that the relationship between major Feminist movements/activists and Women of Color has gotten better, it hasn’t. Wells was considered a “radical” in her time by bothering her contemporaries in issues of race and gender, many of whom disliked the way she fought for her causes — or the fact that she spoke up at all about the issues that she faced as a Black woman.

Nowadays, with the rise of blogs and the internet generally, Black women are given far more access to spaces where they can speak about their issues with people who aren’t aware — and also with each other. The downside, of course, is that with this new access also comes new opposition. But despite all of that, Black women still speak out, just as Ida spoke out.