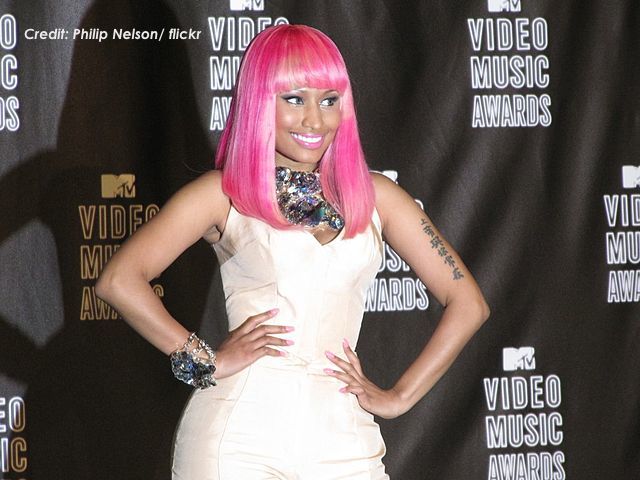 Instead of understanding that Nicki’s experience as a woman is different from what her own might be, Taylor instead falls back to a very narrow — and White — view of what life is like as a woman.

This narrow idea of womanhood is what causes a lot of White Feminists to make really big mistakes when it comes to the lives, careers, and expressions of Black women. It’s what makes people question not just Nicki Minaj’s feminism, but also that of other Black female artists like Beyonce and Rihanna, despite how pro-women their work on and off stage is.

I'm not always confident. Just tired. Black women influence pop culture so much but are rarely rewarded for it. https://t.co/2xOvJzBXJX

It’s also why when rapper Azealia Banks was seen crying in a video last year trying to explain her frustration at seeing Black music and culture being appropriated by White artists who won awards for them, instead of sympathizing with the feelings of a young woman who felt like she was watching her culture be stolen from her, she was instead mocked. Her real and valid opinions on appropriation were belittled into a “beef” between her and the Australian artist Iggy Azalea.

The most harrowing part of all of this is the fact that this isn’t new. And by “isn’t new,” I mean it even existed in the 19th century.

White Feminism has always followed the same script of ignoring the part they played in oppressing People of Color, especially Women of Color, and even more specifically Black women. The complaints of women like Ida B. Wells and Sojourner Truth are being echoed today by Black women in media, politics, tech and every other industry.

We are here, and though our experiences differ from yours, we deserve to be given the same opportunities to succeed — and rewards for success — as any other person. Yet we are constantly snubbed and our voices are constantly silenced, ignored, or misinterpreted, time and again.

So again I ask: when and where we are allowed to speak up when we’re being mistreated? If all dissent from us is treated as aggression, and all of our experiences erased in favor of a White-centered type of Feminism, where does that leave us?