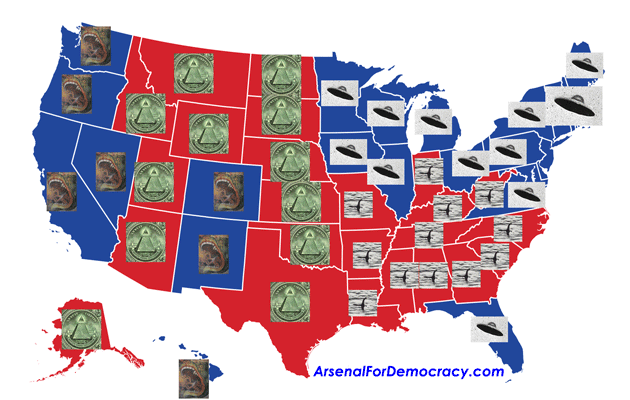 It’s going to be weird to see how gendered conspiracy theories deal with Hillary Clinton. It’s a bit harder to claim this one’s the Antichrist.

The Jade Helm 15 conspiracy theory is a ridiculous fantasy that the military is plotting an armed takeover of America. Not to be confused with the actual increase in militarization and arming of the police who already have authority in America.