Greeks voted for parliament for the second time this tumultuous year. In 100 words, here are the key results:

Syriza lost just 4 seats relative to January but replaced 22 of the 26 defector MPs who quit the party this summer over the bailout capitulation. The junior coalition partner Independent Greeks lost 3 seats. That leaves the existing coalition down just 7 seats versus January but up 19 supporting MPs versus recent weeks.

Syriza’s main ideological competition (Potami) lost a fair number of seats, and older-school socialist and communist parties rose back up from the ashes. Neo-Nazi party Golden Dawn picked up 1 seat and almost a percentage point to finish 3rd at 7%, but their absolute supporter turnout figure dropped, along with the whole electorate’s turnout. 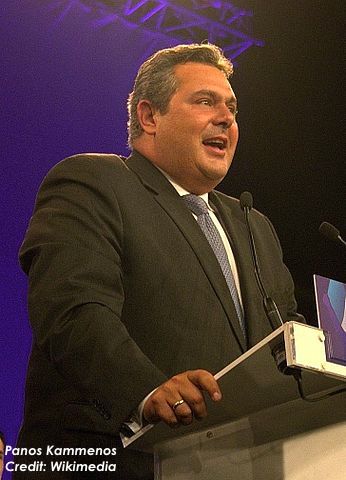 As part of the anti-austerity coalition deal between the leftist, pro-european reformers of Syriza and the right-wing, euroskeptic Independent Greeks, the latter were given the country’s National Defense portfolio in the government. Unlike Syriza, which at least officially favors cooperation with Europe, the Independent Greeks party under Defense Minister Panos Kammenos (pictured) is openly antagonizing other European Union governments and being far less diplomatic — either as a rogue effort or as the role of “bad cop” outside the negotiations.

The latest ramp-up in “bad cop” talk was Minister Kammenos’s suggestion that the eurozone would disintegrate in the aftermath of a Greek economic implosion or exit, with Italy, Spain, and possibly even Germany being forced to go back on to their own currencies too. (The latter seems pretty unlikely.)

He also recently threatened to release all Middle Eastern refugees in holding in Greece into the rest of the Union with papers to enter Germany — in the midst of a political crisis there over refugees — if Germany fails to ease up on its demands upon Greece, and he reiterated counter-demands that Germany repay Nazi war debts that Greece forgave under Allied pressure in 1953 along with damages from the brutal Nazi occupation and counterinsurgency of Greece during the war. (Justice Minister Nikos Paraskevopoulos, a former academic who is not a member of either party in the governing coalition, also suggested that failure to repay the debts and damages could open German companies in Greece to asset seizure.)

But the most specific and perhaps unexpected demand to emanate from the defense ministry was actually related to defense! The ministry — along, actually, with some German journalists — alleges that its predecessors wasted billions in public funds on buying weapons systems and arms it didn’t need from EU firms that bribed Greek officials to make the purchases, and they want compensation. Reuters reports: Read more 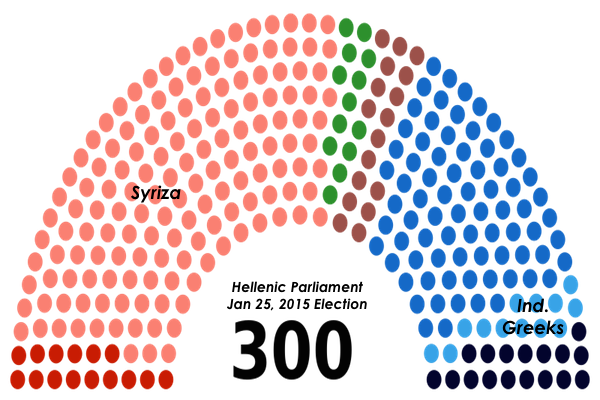