Normally few people outside Iceland would care about the election results from the capital, Reykjavik, but today’s outcome was worth a glance. Best Party (Besti flokkurinn), a “joke party” that is only six months old, captured a plurality of the vote and won 6 of the 15 city council seats, leaving the rest of city council to more mainstream parties. The BBC writes:

The Best Party, founded by comedian Jon Gnarr, secured 34.7% of the vote, ahead of the Independence Party’s 33.6%.

Its campaign video featured candidates singing to the tune of Tina Turner’s “Simply The Best”.

Key pledges included “sustainable transparency”, free towels at all swimming pools and a new polar bear for the city zoo.

The party also called for a Disneyland at the airport and a “drug-free parliament” by 2020.

As well as specific pledges, its video promised change, a “bright future” and suggested that it was time for a “clean out”.

It’s not too surprising when you remember how screwed up Icelandic politics got during the past couple years after the financial meltdown sent it to hell. This is a protest vote, it’s clear, and possibly a resounding desire for a polar bear at the capital’s zoo. Or a Disneyland at the airport, because why the hell not?

The incumbent mayor’s Independence Party came in second, and Jon Gnarr (BF) is insisting that he become the new mayor now. Here’s the party’s official music video, with subtitles, as referenced above:

If you’re not too up on past and present joke parties elsewhere, the best joke party in history is probably the now-disbanded “Rhinoceros Party of Canada”, which has had some amazingly brilliant platforms. Some of their past pledges include:

– Repealing the law of gravity
– Tearing down the Rocky Mountains so that Albertans could see the Pacific sunset
– Making Montreal the Venice of North America by damming the St. Lawrence River
– Abolishing the environment because it’s too hard to keep clean and it takes up so much space
– Annexing the United States, which would take its place as the third territory in Canada’s backyard (after the Yukon and the Northwest Territories — Nunavut did not yet exist), in order to eliminate foreign control of Canada’s natural resources
– Ending crime by abolishing all laws
– Adopting the British system of driving on the left; this was to be gradually phased in over five years with large trucks and tractors first, then buses, eventually including small cars and bicycles last.

The Rhino Party never won any seats sadly, and unlike the Best Party of Iceland, they had pledged to call fresh elections if they ever won an overall parliamentary or provincial election.

We eagerly await the delivery of campaign promises to the people of Reykjavik by the Best Party, now that they have so many seats on the city council. Unfortunately, having pledged not to honor a single campaign promise, don’t expect a new polar bear any time soon. 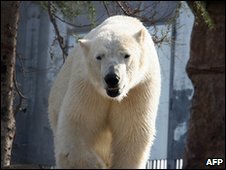