Home » Commentary » Arsenal Pulse » What if you threw a coup and nobody came?

What if you threw a coup and nobody came? 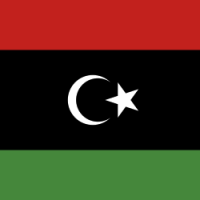 Then, nothing happened. Prime Minister Ali Zeidan called the supposed coup “ridiculous.” A military spokesman called it “a lie.” None of the Libyan Army’s few tanks or soldiers made any visible moves. The empty Parliament was quiet.
[…]
Mr. Zeidan, who has also struggled to organize and control a government, quickly shot down the idea. “Libya is stable,” he told Reuters. Parliament “is doing its work, and so is the government,” he added.

“The army is in its headquarters, and Khalifa Hifter has no authority,” Mr. Zeidan said. “No military units have moved to touch any institutions.”

Put another way: U tried it tho, buddy.

In reality, it’s kind of absurd on its face that a general would try to stage a “coup” in Libya. Right now there barely is a Libya. And, on a related note: a coup with what army? For the most part, Libya at the moment is a loose cooperative of local armies and defensive militias left over from the 2011 civil war and its aftermath. There’s very little central control and not much of a central military to speak of.

Plus, as the formerly exiled general should know well, Qaddafi’s own primary strategy as dictator for decades essentially relied upon maintaining as much autonomy as possible for local potentates and wannabe warlords as could be granted without actually splitting up the country or threatening his rule. Central control has always been somewhat of an illusion and it’s certainly not present at the moment.