I’ve really started getting a kick out of the fun social media teams in some of the cabinet departments and Federal agencies. h/t to @radlein on Twitter for catching this official Doge-based posting by the Dept. of Health and Human Services and bringing it into my timeline 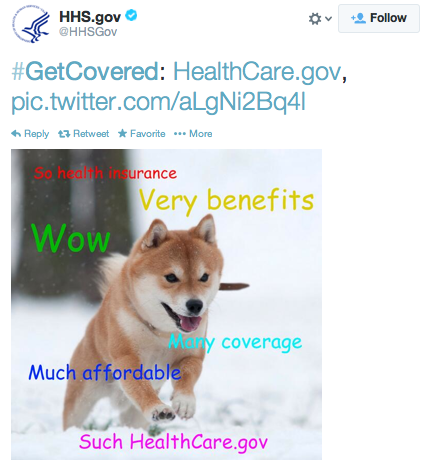 Now if we were to get health insurers to accept DogeCoin as a currency, would that bring us one step closer to former Nevada U.S. Senate Candidate Sue Lowden’s dream of people being able to barter chickens for health care — or is it still too abstract and non-animal-based?