I just read NYT DealBook’s new article from Monday on the awful attempted Pfizer takeover of AstraZeneca: “Pfizer Proposes a Marriage With AstraZeneca, Easing Taxes in a Move to Britain”

On Monday, Pfizer proposed a $99 billion acquisition of its British rival AstraZeneca that would allow it to reincorporate in Britain. Doing so would allow Pfizer to escape the United States corporate tax rate and tap into a mountain of cash trapped overseas, saving it billions of dollars each year and making the company more competitive with other global drug makers.

A deal — which would be the biggest in the drug industry in more than a decade — may ultimately not be done. AstraZeneca said on Monday that it had rebuffed Pfizer, after first turning down the company in January.

This is disgusting. Pfizer, founded in the United States in 1849, is trying to buy one of its biggest global rivals, solely so it can reincorporate in the United Kingdom… with its half a dozen or so offshore tax evasion center crown dependencies and British Overseas Territories. Excuse me, I should say tax “avoidance,” because it’s not evasion if it’s legal.

(And while they’re at it, they would probably jack up global drug prices further through anti-competitive price-fixing by forming a cartel with AstraZeneca.) 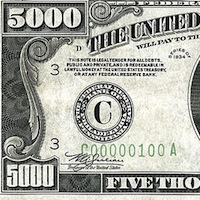 Predictably, Congressional Republicans are already telling everyone that the problem is U.S. corporate tax rates aren’t low enough, when in reality, we’re trying to compete with literal tropical islands for tax evaders that are nominally outside of UK control. That’s a losing battle. We need to put pressure on the UK to stop stealing revenue from the rest of the developed world, not lower our already low effective corporate tax rate.

According to The Globalist Research Center and TaxFoundation.org:

In terms of the effective corporate tax rate, the United States is actually below the average of the big industrial countries, at about 26%, [while] the [advanced economies] OECD’s 2012 GDP-weighted average was 32%.

And here’s an eye-popping fact from DealBook:

At least 50 American companies have completed mergers that allowed them to reincorporate in another country, and nearly half of those deals have taken place in the last two years.﻿

Put another way, that’s almost 25 tax avoidance deals in the past two years. Again, that says little about the U.S. corporate tax structure which hasn’t really changed much — and certainly not adversely to corporate America under a Republican House Majority — and everything about the total lack of civic pride our country’s corporations have right now, even though their revenues to the government are what helped build the country into such a good corporate environment for so long.

We definitely do need tax reform in some respects, but mainly to reduce tax avoidance and loopholes, unnecessary corporate tax credits and subsidies, and code inconsistency that arbitrarily allows some industries pay less than others. What we don’t need to do is to chop our tax code down to stay competitive with Guernsey, Jersey, the Isle of Man, Gibraltar, the Cayman Islands, and the British Virgin Islands.