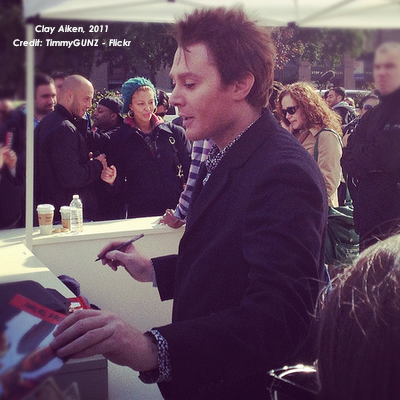 Unfortunate news out of North Carolina today as a Democratic Congressional candidate passed away unexpectedly after an accident. He was locked in a close primary race with former Idol runner-up Clay Aiken.

North Carolina Democratic congressional candidate Keith Crisco was found dead at his home on Monday, days after his primary race against singer Clay Aiken was declared too close to call. Crisco was 71.

The Asheboro Courier-Tribune reported that, according to employees at his company, Asheboro Elastics, emergency workers found Crisco after he suffered injuries related to a fall in the residence.

Crisco, who served as the state’s Secretary of Commerce from 2008 to 2012, reportedly trailed Aiken by 369 votes following their May 6 primary election.

Here is my analysis on the district and Aiken’s chances in the general election from February:

Clay Aiken, American Idol season 2 runner-up and a very successful singer, of Raleigh, North Carolina is throwing his hat into the political ring as a Democrat in North Carolina’s 2nd Congressional District. A lot of the articles I’ve seen have either failed to provide any context whatsoever or have written him off completely without much detail. So, I aim to remedy that here.
[…]
In terms of the big picture for the U.S. House, Democrats would probably love to recapture that district, which — before it was redrawn — had once been historically black and was only lost to Ellmers in 2010 by fewer than 2,000 votes. Barack Obama won the old district in 2008 (but would have lost it heavily to McCain under the new lines).

Bill Humphrey is the primary host of WVUD's Arsenal For Democracy talk radio show and a local elected official. Follow him @BillHumphreyMA on twitter.
View all posts by Bill Humphrey →
Tagged  2014 US elections, Clay Aiken, House of Representatives, North Carolina.
Bookmark the permalink.