Home » Commentary » Arsenal Analysis » Thailand: When is a coup not a coup?

Thailand: When is a coup not a coup? 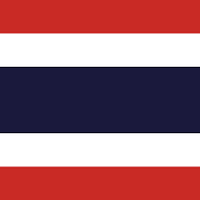 After six months of anti-democracy protesters trying to prevent elections, Thailand’s military has stepped in — but insists they are just preventing chaos, not overthrowing the government.

So: Where is the Thai military is going with their martial law announcement? They’re repeatedly saying (in domestic and Western media) that it’s not a coup, they’re declining to remove the leadership (for the moment), and they’re telling the opposition protesters to leave the streets.

But they could be telling them to leave because they got the coup they wanted. And they could be keeping the civilian leadership in place because they don’t need to remove them if they control everything anyway — especially since the elected prime minister has already been removed by the courts. And is martial law without civilian authorization a coup by definition?

Moreover, the military has seized power, according to the BBC, “at least” 11 times since 1932, which implies there have been a lot of these halfway coups. (The last official coup was in 2006 against the again-now ruling coalition.)

Meanwhile, the Bangkok Post says there have been 18 coups in eight decades, though they didn’t elaborate on how they counted. Even their experts seem a bit mystified as to what exactly is happening.﻿

We’ll probably see more developments shake out in the coming hours and days that clarify what the plan is. But I’m not counting on the opposition protesters to leave the streets even with a partially friendly military also in the streets, because their goal is the indefinite suspension of democracy.

They probably won’t leave the streets unless the military either a) goes all the way and clearly takes power itself or b) is actually willing to fire on their own biggest civilian supporters and lose mass approval.


Update at 10:40 AM ET: A slight clarification on Tuesday from the military leadership — re-emphasizing that government workers should continue normally, that they want a political solution to be negotiated among the politicians, that there is no curfew, and that martial law will continue indefinitely until no longer needed (however that is determined). However, they also took control of television stations, shut down several satellite broadcasts on both sides of the political fracas, and restricted entry into the capital. The military also cited economic concerns, such as investor confidence, as a key reason for the coup. (Thailand’s tourism-heavy economy has struggled in the face of persistent unrest.)