Senate Dems force Montana Senator out of the race

Much of this could have been avoided, too, if Democrats hadn’t engineered an early exit by Sen. Max Baucus (to become Ambassador to China) and if the Democratic governor hadn’t appointed one of the pre-existing candidates for the seat as the placeholder. They should have known better. In a set of 49 Senate appointments from 1956 to 2008 compiled by Nate Silver in December 2008, it was shown that of the 39 appointed Senators who sought election to their own terms, 20 of them were defeated in the primary of general elections. In other words, there’s slightly less than a 50-50 shot of an appointee winning the seat on his or her own, which doesn’t sound bad until put against the 88% re-election rate of Senators from 1990 to 2008.

Sure, there are prominent recent exceptions: Republican Senators Roger Wicker (MS, 2007) and John Barasso (WY, 2007); or the very popular Sen. Gillibrand, who was appointed from the U.S. House in 2009 (after that 2008 analysis) and then overwhelmingly elected in 2010 and again in 2012; or her less universally beloved colleague Michael Bennet, appointed in 2009 in Colorado before squeaking into his own term in the 2010 election; or Republican Sen. Dean Heller, appointed in 2011 and elected in 2012.

But the trend from the historical case studies is clear: voters prefer their appointed Senators to be seat-warmers only and leave the actual selection of a permanent filler up to them. Putting in Walsh, who was already a candidate to succeed Baucus before his unexpectedly early departure, just seems like a giant “screw you” to the voters who were still making up their minds and hadn’t even gotten through the competitive primary yet. 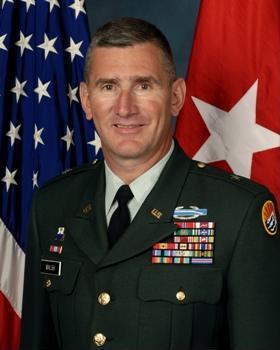 Moreover, Col. Walsh was only elected Lieutenant Governor in 2012 and had no prior political experience before that. Silver’s analysis found that among the half of appointees who did manage to win follow-up elections, 58% of them were either sitting U.S. House or state legislature members at the time of their appointments to the U.S. Senate. Just 3 of the appointees who met that description did not retain the seat. Most of the losing appointees were not former or recent legislators. As most of those aforementioned recent exceptions support, legislative experience counts for a lot in holding on to the seat, it seems, and Walsh didn’t have that.

Maybe John Walsh would have been nominated anyway without someone tipping the scales to try to help him, and we’d still be in a similar situation. But had the governor of Montana just appointed someone to fill the seat until January — as is happening now anyway — and let the electoral process take its course, at least we wouldn’t have a massive plagiarist actually inside the Senate Democratic caucus already. That’s embarrassing and potentially damaging to other precarious Democratic candidates elsewhere.

And at any rate, with or without plagiarism allegations, Walsh was on a losing course, perhaps partially due to that voter backlash against appointees seeking coronations to six year terms. Given that appointees have a terrible election rate (and an especially bad rate for appointees with the background he brought to the table), Democrats nationally and in Montana should never have backed such an appointment in the first place.

But perhaps Democratic Senatorial Campaign Committee Chairman Michael Bennet, having beaten the odds himself, wasn’t aware of the countervailing pressure of history or didn’t put stock in it.

Bill Humphrey is the primary host of WVUD's Arsenal For Democracy talk radio show and a local elected official. Follow him @BillHumphreyMA on twitter.
View all posts by Bill Humphrey →
Tagged  2014 US elections, Democrats, history, Montana, US Senate.
Bookmark the permalink.