ISIS and Boko Haram are both playing us. Just differently.

ISIS (Iraq and Syria) and Boko Haram (Nigeria) have superficially similar goals and a loose alliance with each other. But the former thrives on attention for global recruitment and to provoke Western military responses through antagonism (inciting further support for the cause), while the latter thrives on the West not caring enough (full story➚) to bother with most insurgencies in sub-Saharan Africa. Both are playing Americans in two very different ways.

In recent months, more than two thirds of the northeastern Nigerian state of Borno has fallen to or been destroyed by Boko Haram. Currently, the state capital of Borno, the city of Maiduguri, is coming under heavy attack nearly daily from Boko Haram. Maiduguri is widely believed by analysts to be high on the capture list as a relatively major city Boko Haram might be able to take … and hold. Its population is slightly larger than that of Mosul, Iraq, the city that became a tipping point prompting Western gaze to return to the insurgency under its new name of ISIS just over six months ago.

But even without Maiduguri, Boko Haram has already drawn even with or far surpassed ISIS on a number of factors. For example, the estimated 10,000-13,000 people Boko Haram killed in 2014 alone is more than twice if not three times larger Boko Haram’s own figures for the previous four years combined, as well as being several thousand greater than the ISIS killing rate for 2014, along with holding higher records for mass execution events.

Territorially, Boko Haram has made achievements similar to those of ISIS. As previously noted on this site:

While Boko Haram certainly warrants more attention from the United States and Europe than it has gotten (although ideally it would be a more judicious and targeted attention than the hysteria ISIS has provoked), it is also important to remember that the differences in coverage and attention are at least partially a function of the radically different modus operandi of each group.

ISIS is an operation filled with — beyond its muscle types — graphic designers, media consultants, management school types, and so on. They have slickly produced rapid-responses to any events on the ground or even in other parts of the world. Boko Haram often waits weeks to respond to nearby incidents or statements by the governments of Nigeria and the neighboring countries affected. 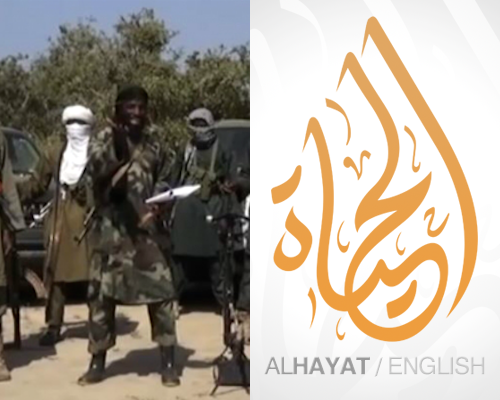 This difference in approach seems to be not just a result of lower available resources, but somewhat intentional — a means of staying out of the spotlight, as the Washington Post examined in a piece on the disparate levels of U.S. coverage and public awareness of the two groups:

The Islamic State is determined to make headlines. Its ranks are full of

Boko Haram operates inside the penumbrae cast by their own destructive blackouts and by government refusal to acknowledge or admit the scope of the problem.

Where ISIS would respond immediately on social media to any claim made by the Iraqi government about them, Boko Haram have often allowed official Nigerian statements about them (which are often blatant lies) to stand for days or weeks without rebuttal, forcing Western media outlets to report the official government line until the news cycle shifts away again.

Even their recent offensive against Maiduguri was timed to begin the day after a presidential campaign visit by Nigerian President Goodluck Jonathan, when it would generate less attention. That stands in contrast with their style just over four years ago, as a new organization, when they were known to bomb campaign rallies for the headlines value. (Update at 5:32 PM US ET on February 2, 2015: Earlier today, a suicide bomber in the state capital of neighboring Gombe state detonated a bomb at a campaign rally minutes after the President departed, which immediately drew U.S. attention.)

This low-profile operations strategy — combined with incompetence, abuses, and unjustifiable bravado of the Nigerian military, of course — has significantly reduced the chances of American airstrikes from raining down upon Boko Haram the way they have rained down on ISIS (or Somalia’s al-Shabab). It is also, in many ways, a return to the traditional approach of guerrilla insurgency: Weaken the enemy, but conserve manpower by avoiding open confrontation with vastly superior forces. Without the vast oil wealth of ISIS (or its extensive access to captured Syrian, Iraqi, and American military equipment), Boko Haram has to make do with less and cannot risk going to war with the United States Air Force and drone corps.

Again, that is not to say that the United States should respond like that, but it does mean that we need to reconsider how we respond to similar crises and which ones we prioritize.