The following op-ed was originally published in The Globalist. 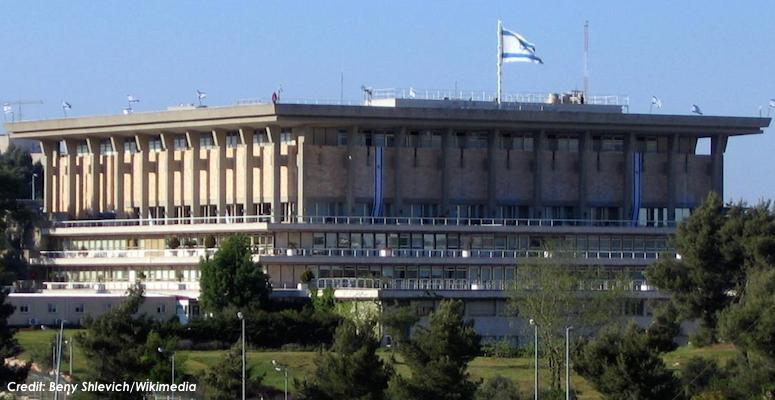 U.S. media is abuzz with rumors over which Democrats will or will not attend Israeli Prime Minister Benjamin Netanyahu’s scheduled March speech to the U.S. Congress at the invitation of the Republicans. Many expressed concern that attending could be viewed as endorsing him in the upcoming elections.

Outside that lens, the Israeli electoral system is notoriously complex. This year, at least 16 parties will contest the snap parliamentary elections that current Prime Minister Netanyahu has called for March 17.

These parties vie for a total of semi-proportionally elected 120 seats. A number of the parties will run their candidates, as usual, on temporary fusion lists, in part to clear the new three to four seat threshold.

Due to the voting complexity, predicting even the approximate distribution of seats across these many parties is often a fool’s errand.

This electoral reality in Israel generally produces short-lived coalition governments featuring a kaleidoscope of parties and unstable partnerships of two or more parties.

Even so, at the present time, much is made in Washington about who will head the next Israeli coalition government – incumbent Benjamin Netanyahu of Likud, or Labor Party leader Isaac Herzog and list partner Tzipi Livni of centrist Hatnuah.

Independent of who “wins” – by taking the most seats or forming a coalition government — it is almost impossible to predict what the policy results of the election might be under either outcome.

Those policies – changed for the better or as static and uncooperative as at present – are not so much determined by whoever is prime minister, but by the governing coalition’s composition.

In other words, even a change in the prime minister’s chair might not actually significantly shift policy – domestically or on military/diplomatic affairs – unless there is a perfect storm of results for every party necessary to forge such changes.

No clear winner in sight

Based on recent polling, however, Herzog/Livni alone would win between 22 and 26 seats, far short of a 61-seat majority. Likud could win 20 to 27 seats, also falling short.

Therefore, in reality, getting to a majority (or stable minority government) depends on a range of parties outside the big two or three.

Thus, even with four big lists cooperating on each side after the election, either winner would still need to cobble together a coalition – beyond that core four – from the smaller lists expected to cross the minimum threshold to hold seats.

Within the nine other party lists (beyond Labor/Hatnuah and Likud) that are expected to win seats in the Knesset is a veritable pantheon of ideologies.

What this means in practical terms is that the ultimate policy positions of a resulting coalition could be very contradictory.

Based on past coalitions, it is entirely possible, for example, that Mr. Herzog of Labor could become prime minister, but have extremely right-wing cabinet members outside his own party.

All of the combinations themselves depend on how each party fares in the election and how many seats it can bring to the majority. The electoral math for the smaller parties alone makes one’s head spin, even assuming relatively logical ideological groupings in a final coalition.

One scenario that might actually change things on both economic issues and the question of the Palestinian territories would be a nine-party coalition led by Herzog.

However, a nine-party coalition would be hard-pressed to survive any serious crises or even internal disputes on how to enact such policies.

Moreover, it is very probable that these nine parties together could barely scrape together a majority in the Knesset. We will not know if they even come close until the results are in. It may also turn out that, even given favorable electoral math, they might simply not all be willing to participate in a coalition with each other.

Another plausible outcome would be a six- to seven-party coalition headed by Mr. Netanyahu’s Likud and made up entirely of parties that oppose halting settlement construction and/or the entire peace process. This would likely be more stable, as there is somewhat less disagreement on fundamentals and details alike.

It would also represent only a hardening of recent policy. More broadly, it would demonstrate the paralysis of the Israeli left (and isolation of the Israeli Arab population) against the rise of politicized Orthodox Judaism and immigrant-turned-settler politics.

If Mr. Herzog wins the early elections, he might nonetheless find himself compelled to bring in one of the major right-wing parties simply to make the math work on a coalition. That would severely constrict (or outright veto) his ability to shift policy on the Palestinian territories or any other external issue.

Because there are so many moving parts, it is also possible that all of these scenarios will have become irrelevant by the March 17 vote. However, it remains a virtual certainty that some very complex wheeling-and-dealing will be necessary to form a coalition – perhaps to the point of policy incoherence.

And that means Washington should not pin its hopes on anyone to achieve change in Israel on any issues, no matter what party happens to wind up with the most seats.

Editor’s note: All calculations of seats are approximated loosely by The Globalist Research Center from various polls taken from January 14-30, 2015.