Counter-speech is no cure-all

Kent Greenfield adds his voice to the growing chorus challenging the currently prevailing conventional wisdom in the United States on unfettered hate speech and how to deal with it, in a new piece for The Atlantic:

The way we interpret the First Amendment need not be simplistic and empty of nuance, and was not always so. The Supreme Court unanimously held over eighty years ago that “those words which by their very utterance inflict injury … are no essential part of any exposition of ideas.” And in 1952 the Court upheld an Illinois statute punishing “false or malicious defamation of racial and religious groups.” These rulings, while never officially reversed, have shrunk to historical trinkets. But they mark a range of the possible, where one can be a staunch defender of full-throated discourse but still recognize the difference between dialogue and vomitus.
[…]
Counterspeech is exhausting and distracting, but if you are the target of hatred you have little choice. “Speak up! Remind us why you should not be lynched.” “Speak up! Remind us why you should not be raped.” You can stay silent, but that internalizes the taunt. The First Amendment tells us the government cannot force us either to remain silent or to speak, but its reliance on counterspeech effectively forces that very choice onto victims of hate speech.﻿
[…]
The First Amendment tells us that threats are punishable, but only if they are targeted at specific individuals. Burning a cross on the front lawn of a family’s home can be a threat; burning one in a field outside of town is not. The latter is protected; the former is not. The secret of converting threats into protected speech, says the First Amendment, is to aim them at more people.﻿ 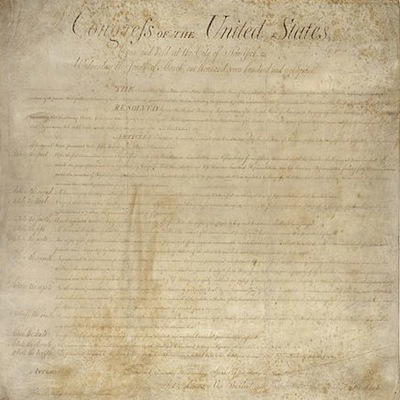