For pro-reform Egyptians, the terrorists have already won

An Issue Brief entitled “Egypt’s Next Phase: Sustainable Instability” by Michael Wahid Hanna for The Century Foundation (published on July 1, 2015, just ahead of the second anniversary of the military coup d’état) includes a section making the case that﻿ the catastrophic region-wide failure of the Arab Spring — especially its particularly violent self-immolation in Syria, Libya, and Yemen — has deterred Egyptians from seeking new rounds of reform against their reactionary government.

While Egypt’s security situation is deteriorating and its security establishment has proven unsuited to the task at hand, particularly with respect to dealing with the low-level insurgency in the Sinai peninsula, the rising tide of violence, terrorism, and conflict throughout the Arab world have had a profound effect on Egyptian society and have curbed the impulse for political change. In the current regional context, political change and efforts at reform are seen by most Egyptians to be risky endeavors with potentially disastrous unintended consequences.
[…]
This regionalized climate of instability has helped solidify support for the Sisi regime, albeit ambivalent support among certain segments of Egyptian society. The horrifying regional examples of state collapse and civil war have created widespread aversion and revulsion at the prospect of political violence and terrorism. While the proliferation of such violence might damage the credibility of the Sisi regime and its competence over time, it is unlikely to produce widespread public support for radical political change and potential upheaval amongst a cautious and fatigued society.﻿ 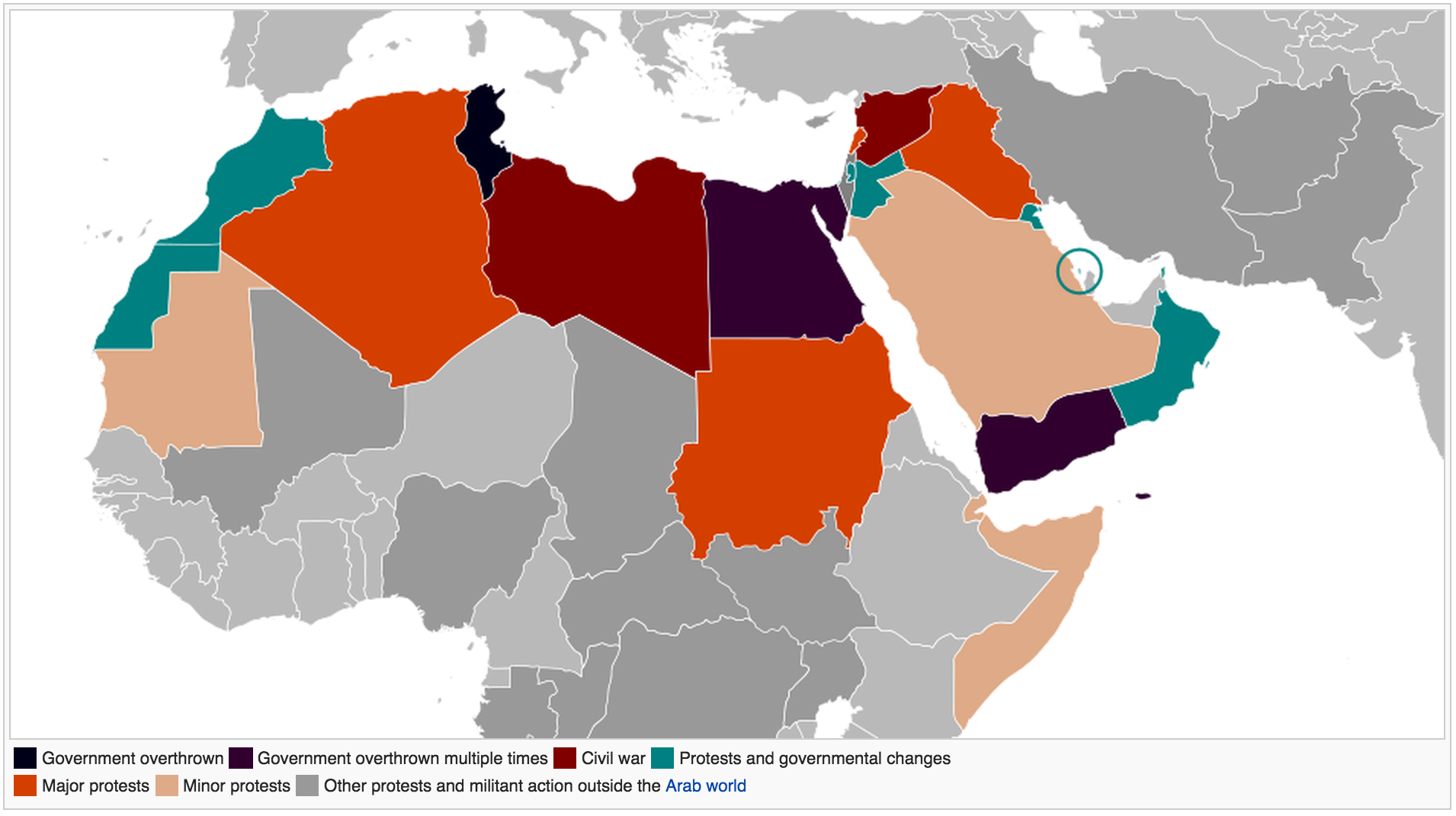 Status and outcomes of Arab Spring uprisings as of February 2015. Map by Ian Remsen for Wikimedia.