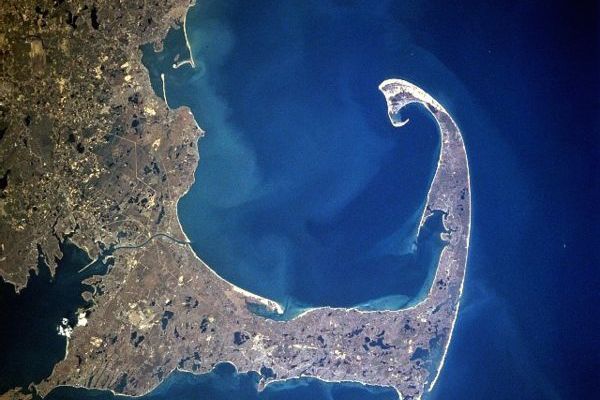 In November 1620, the Mayflower was bound for Virginia but found itself diverted by storms to what is now Massachusetts. The leadership on board made a decision to establish a colony there instead of attempting to continue to the Mid-Atlantic. They also made a hasty decision to draw up their own emergency charter for a new, separate colony. While this may have been a bid to retain control over a ship full of passengers who weren’t all part of the religious mission or colonial vision of the elites leading the mission, the result was the Mayflower Compact. The lost original document likely occupied a single page in large handwriting. Yet in that limited space, it explained the premise and goal for any future governmental structures or laws in the colony: a just and equal self-governance dedicated to the common good.

We also know approximately what it said. Here is an excerpt from the core of The Mayflower Compact:

“Having undertaken, for the glory of God, and advancement of the Christian faith, and honor of our King and Country, a voyage to plant the first colony in the northern parts of Virginia, do by these presents solemnly and mutually, in the presence of God, and one another, covenant and combine our selves together into a civil body politic, for our better ordering and preservation and furtherance of the ends aforesaid; and by virtue hereof to enact, constitute, and frame such just and equal laws, ordinances, acts, constitutions and offices, from time to time, as shall be thought most meet and convenient for the general good of the Colony, unto which we promise all due submission and obedience.”

While that’s pretty easy to read for an early 17th century charter, it also certainly is still a bit confusingly written and “old-timey.” Here is my attempt at a somewhat cleaned up and streamlined paraphrasing of the key objectives that could also be applied in a more general context:

Those present — solemnly and mutually, in the presence of one another — covenant and combine ourselves together into a civil body politic, for our better ordering and preservation. [For this purpose, we pledge to] enact, constitute, and frame such just and equal laws, ordinances, acts, constitutions, and offices as shall be thought most convenient for the general good, unto which we promise all due submission and obedience.

This, in essence, means that government is a mutual compact between a collective of people. They promise each other that this government will be dedicated to establishing order in and ensuring the survival of society. To achieve this, the government must be based on laws, ordinances, acts, and structures which apply equally and justly to everyone in the society and which promote the “general good.” And to make it all work, everyone promises to submit to this rule of law and follow the order established by this collective government, as far as was reasonable to expect. (The words “all due” before “submission and obedience” — in my opinion — qualify that it is not requiring unlimited obedience without challenge to unjust authority.)

At the time, of course, they meant this self-government really to apply to wealthy and free men aboard the ship. But as you can see, they never actually specified that in the text. Thus, these become universalizable principles for participatory collective self-governance in a free, fair, and just society for the promotion of the common good and common self-preservation.

The Compact is so simple, brief, and non-specific that its core elements — with very few points removed — can apply to any society that wishes to adopt its principles.

It is a bold and noble compact with one another that we the people would do well to renew, as we approach its 400th anniversary in 2020.