Home » Commentary » Arsenal Pulse » Is there a delegate firewall against Trump? Maybe not.

Is there a delegate firewall against Trump? Maybe not. 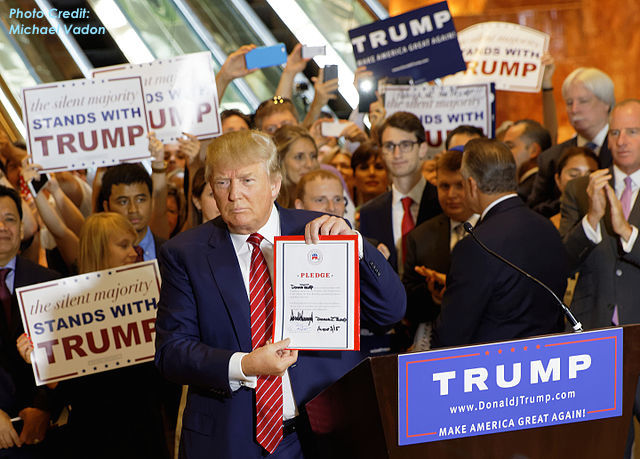 A week or two ago, FiveThirtyEight posted a really elaborate procedural and statistical case arguing there may be Blue State firewall against insurgent conservative candidates like Trump (or Carson).

It would take too long here to explain the case fully, but the gist is this: First the calendar order places a bunch of Blue States relatively early (e.g. Massachusetts, Vermont, Hawaii, New York, Connecticut, Delaware, Maryland, Rhode Island). And second most of these particular states (e.g. New York) will award Republican delegates by Congressional district instead of statewide (which gives a huge delegate-per-voter bonus to states with dramatically fewer Republicans, since Congressional districts are drawn by population not number of Republicans). These factors both combine to give an early boost to delegates from Blue States.

The piece then argues that various insurgent candidates will be disadvantaged by this, to the benefit of a Bush or Rubio type establishment-backed candidate. While that might be true for a Ted Cruz, and maybe even Ben Carson, it’s not clear to me that’s necessarily true for some of them, particularly Donald Trump.

The two main flaws I see with this theory (of the firewall, not the math) after thinking about it since the article came out are:

First, it presumes that the remaining Republicans in very Blue States aren’t extremists themselves, which might not be true. It takes a lot of dedication to The Cause to remain registered R in a very liberal place. Maybe they’re Jeb Bush Republicans. But maybe they’re Ted Cruz Republicans. Even likelier, in my view? They’re Trump Republicans, which means whatever you want it to mean — hard right or moderate — because he’s running as the populist who is exactly what you want him to be. And that brings us to the other flaw.

Second, it presumes that genuinely moderate northeast Republicans don’t view Trump as one of them more than as a hard-right White Knight. For the record, I don’t think Trump is all that liberal, but if you really wanted to convince yourself he was a moderate New York City Republican on most issues, you easily could. (Especially based on his pre-campaign track record as a literal New York City Republican who was pro-choice and pro-universal healthcare.) I expect him to do quite well among Republicans in a lot of liberal northeastern strongholds.

As a result, I think that the delegate system aspect identified by FiveThirtyEight might not be a firewall against Trump but rather his coronation.﻿ Plus, I also think there are a lot of southern states and rural-Red but overall Blue-leaning northern states that will vote even earlier in the calendar, so we might not even make it to the end of April (to see what the supposed firewall states do) before this is wrapped up.

Bill Humphrey is the primary host of WVUD's Arsenal For Democracy talk radio show and a local elected official. Follow him @BillHumphreyMA on twitter.
View all posts by Bill Humphrey →
Tagged  2016 US elections, Donald Trump, Republicans.
Bookmark the permalink.