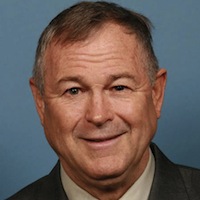 Bold rhetoric from Rep. Alan Grayson (D-FL-08), as the cost of the Wars in Afghanistan and Iraq crosses the one trillion dollar mark, with another $33 billion allocation coming up for a vote soon. Excerpt:

The war money could be used for schools, bridges, or paying everyone’s mortgage payments for a whole year. It could be used to end federal income taxes on every American’s first $35,000 of income, as my bill, the War Is Making You Poor Act, does. It could be used to close the yawning deficit, supply health care to the unemployed, or for any other human and humane purpose.

Instead, it will be used for war. Because, as Orwell predicted in 1984, we’ve reached the point where everyone thinks that we’ve always been at war with Eastasia. Why?

So, why? Why spend $1 trillion on a long, bloody nine-year campaign with no justifiable purpose?

Remember 9/11, the day that changed everything? That was almost a decade ago. Bush’s response was to mire us in two bloody wars, wars in which we are still stuck today. Why?

I can’t answer that question. But I do have an alternative vision of how the last 10 years could have played out.

Imagine if we had decided after 9/11 to wean ourselves off oil and other carbon-based fuels. We’d be almost ten years into that project by now.

Imagine if George W. Bush had somehow been able to summon the moral strength of Mahatma Gandhi, Helen Keller, or Martin Luther King Jr, and committed the American people to the pursuit of a common goal of a transformed society, a society which meets our own human needs rather than declaring “war” on an emotion, or, as John Quincy Adams put it, going “abroad, in search of monsters to destroy”.

Imagine that we chose not to enslave ourselves to a massive military state whose stated goal is “stability” in countries that never have been “stable”, and never will be.

“Imagine all the people, living life in peace.”

I post this here not to say I agree with everything he says, as this is a political statement and not necessarily sound policy, in my view… but I do feel it’s important to acknowledge another awful milestone in the interminable wars. His Nineteen Eighty-Four reference is brilliant, and one I use often myself.

And while I would disagree with the assertion that we are enslaved to a massive military state, it is troubling that it’s so easy to summon endless funded and unfunded allocations for military endeavors, while it is difficult to get the votes to increase spending by anywhere near the same amounts for social programs and societal improvement projects, such as those he mentions. In other words, had we not gone into these wars, we never would have spent all that money on anything. It’s ok to spend heaps on wars but not on things that make America stronger at home in the long-term, such as improved education or a clean-energy revolution.

I make this criticism as someone who actually does advocate an active military stabilizer/intervention force that can halt humanitarian crises and genocides, and as someone who supported the original Afghan invasion and opposed the Iraq War. We need to re-prioritize. Of that, I am sure.