Featuring almost 10 extra minutes beyond the end of the FM episode! Thanks to all for listening since 2011. 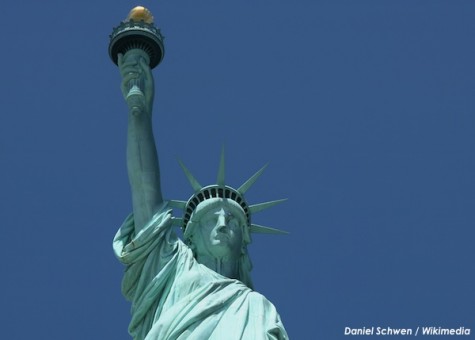 I know things look really bleak and hopeless right now. But give me a few minutes – forgive me if you’ve heard the spiel already, but many of you are newer to me – to paint a different picture about the road ahead if we fight for it and keep our hope burning as we surge forward.

This alternative picture is about building a movement to articulate a bold, collective vision for our society. This is a vision where government is a force for good at every level. Where government represents all of us, not just some of us. Where government works to achieve three simple words: “Justice for all.”

That’s not just a slogan. That’s not a meaningless phrase. It’s the most profound notion in the lexicon of American politics.

Justice is a fascinating word, if you think about it, in the way it carries positives and negatives in a single word. It means fair treatment and restitution for mistreatment, but it also means appropriate and proportionate punishment where deserved.

The whole phrase taken together is a statement of principles, of values, and of society’s highest aspiration: Justice for all.

Despite the devastating last gasp unfolding at the presidency and Congress and state governments right now, there is a sea change occurring in this country all the same.

There are movements for climate justice, for racial justice, for economic justice. There is a movement for clean and responsive government – a government that is neither our enemy, nor beholden to powerful individuals.

These new movements are led predominantly by young people, but they are supported by people from all ages and walks of life.

These movements are why still have a fighting chance today. It’s why we’re going to win in the end, and in our lifetime. We are a new generation for justice.

Nothing, I should stress, is automatic or guaranteed. This is not “the secret,” where visualization alone will deliver us our bright future. But it does help focus the mind and it does help dig in our last line, behind which we shall not voluntarily retreat.

We can see justice in our lifetimes, only if we fight for it every day. And we know, although it may be the hardest work we ever undertake, we have no other choice but to do just that.

Often, when I’m talking about the action required to stop climate change, I point out that it doesn’t matter if you think that action is too ambitious. The reality of the level of carbon emissions already in the atmosphere dictates that we have no other choice. You can’t compromise with 410 parts per million. You just have to do what has to be done. There is no course of action but the course that will actually fix this.

These things are universal human rights, and we can achieve them in our lifetime.

But we have to light this fire now. We have to send a signal that a new era is dawning, and that we are proud of and uncompromising in our bedrock, collective principles that can transcend and repair in solidarity the past errors and abuses and horrors.

This is a struggle once again, in the words of the Mayflower Compact, “to covenant and combine ourselves together – into a civil body politic – for our better ordering and preservation.”