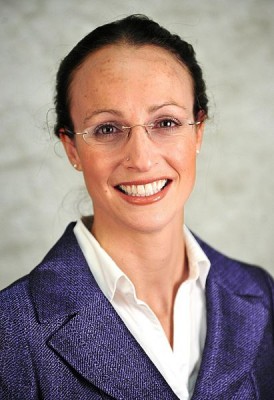 Regardless, this is a pretty awesome choice for a replacement, in my opinion, and there’s nothing to lose at this point. If there’s any moment to go all in and just see how far a genuinely progressive message can go, this is it. She’s a teacher with a record of proudly supporting women’s rights, gay rights, and sensible gun control.

Thirty-eight legislators in the Montana state House voted on Monday to keep sex between gay people illegal, a fact that elicited a stinging rebuke from state Rep. Amanda Curtis (D-Butte) in a video posted to YouTube.

“The good news,” according to Curtis, is that that the bill — designed to repeal a law that targets gay individuals — will move forward in the state House after a 60-38 vote. “[The] bad news is that there are 38 people in the House of Representatives who think that’s how their district wants them to vote … or [they] are not listening to their district and believe so strongly that gays should be felons that they have a moral obligation to keep it that way.”

State Rep. Amanda Curtis, D-Butte, told how at age 17, in May 1997, she and her family were awakened by a call from the police in the middle of the night telling them to come to a Billings hospital. They learned her 16-year-old brother had shot and killed himself playing Russian roulette at a party.

She also spoke about a 10-year-old boy in Butte who was killed by another student in 1994, and how a close family friend was killed after being shot in the face.

“If Montana has 2.5 times the suicide rate of states with comprehensive background checks, maybe we should try that out,” said Curtis, a high school math teacher.

I’m also glad that she’s going to run an aggressively populist campaign. Montana Democrats would be well served, I think, by pushing progressive/populist reform candidates, statewide, more often. It’s a long tradition in Montana, but sometimes it’s not as strong as it could be. She’s saying the right stuff out there already. Here’s today’s report from the Billings Gazette:

She framed her campaign as one that will champion the interests of the working class against those of the wealthy and of corporations, and she put her Republican opponent, Rep. Steve Daines, squarely on the side of the latter.

“This is the fundamental difference between Steve Daines and me,” Curtis said. “He seems like a nice guy with a wonderful family, but I’m pretty sure he doesn’t understand what life is like for the rest of us.”

Financial disclosure forms filed last month show Daines has personal assets worth between $8.9 million and $32.7 million. He was an executive with Bozeman-based RightNow Technologies from 2000 to 2012 before resigning to run for his U.S. House seat.
[…]
Curtis dismissed notions that the race was unwinnable, telling The Associated Press that she is “in it to win it” and she plans to get her message out by crisscrossing the state from now until the election to woo independents.

“They’re fed up with politics as usual. They feel like they don’t have a place and their voice is not heard. And I represent something different for them,” she said.

Curtis plans to gain ground on Daines by forcing him to express his views to those people in debates, she said.

“If we can get him on the record on the issues of importance to Montanans, it will all be over,” she said.

Curtis was elected in 2012 and was not seeking re-election this year. Ahead of Saturday’s party convention, Curtis gained endorsements from teachers unions and the Montana Sportsmen Alliance. She has voiced support for labor unions and women’s rights.

It’s so refreshing to see someone unapologetically trying, for a change.

Bill Humphrey is the primary host of WVUD's Arsenal For Democracy talk radio show and a local elected official. Follow him @BillHumphreyMA on twitter.
View all posts by Bill Humphrey →
Tagged  2014 US elections, Amanda Curtis, Democrats, Montana, populism, US Senate.
Bookmark the permalink.