In the face of a fresh round of disturbing attacks against Muslims and Muslim immigrants (or people perceived to be) across our nation, we need to re-affirm some core principles.

First, non-citizens and people of all faiths have constitutionally guaranteed rights and civil liberties in the United States, and these rights and liberties must be upheld and protected.

Second, all immigrants, whether permanent residents, asylum-seekers, refugees, or undocumented immigrants are all deserving of the same dignity as everyone else in our society. They play a vital role in all aspects of our communities and our economies, and they have made this nation great. No one should be discriminated against by the state, by employers, by public accommodations, or by their fellow residents because of their lack of citizenship. No one should be physically attacked or threatened because of their religion (or for any other reason, of course).

Third, we should strive to promote full integration, socially and legally, for all non-citizens in our nation at every opportunity, rather than seeking to exclude or partition people because of their origins. This mission we undertake for the stability of our communities, as well as to meet our moral obligation to our fellow men, women, and children – wherever they were born and whatever brought them to our shores. 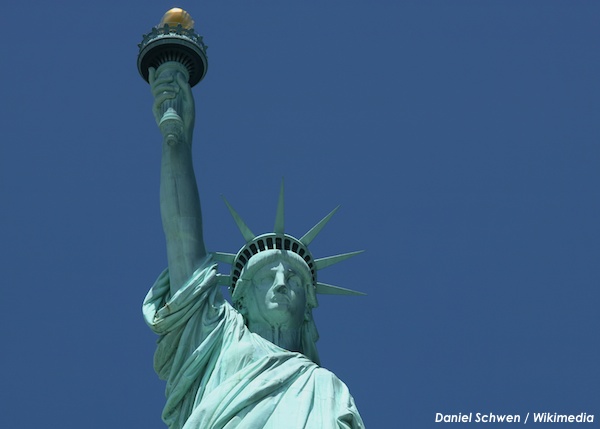 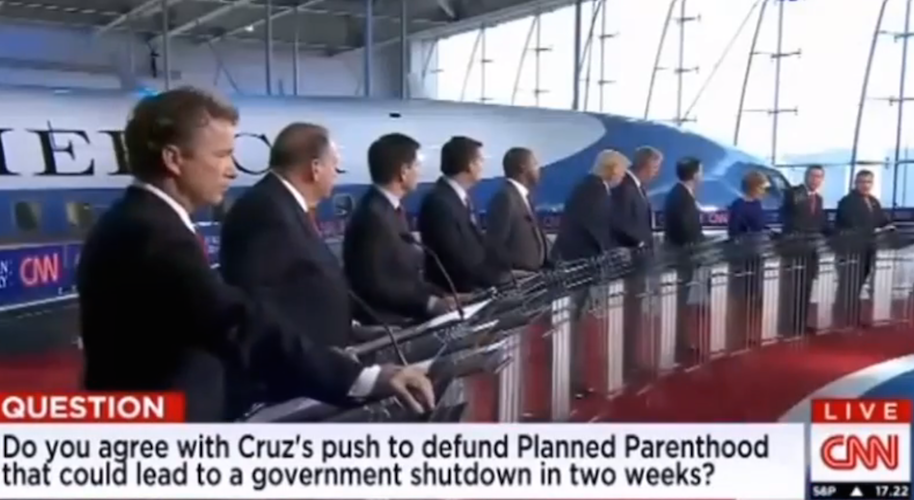 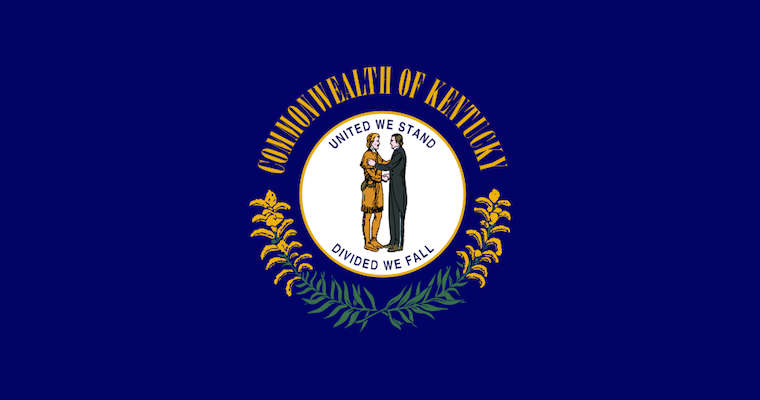 …when even the Amish are doing it.

Amish communities in six counties are taking drastic actions to control a rapidly spreading outbreak of measles, including vaccinations, quarantines, cancelation of church services, and postponements of weddings and other events where people would gather in large numbers from multiple locations.

They aren’t religiously opposed to vaccines, contrary to popular belief, but just have a low rate of vaccination due in part to nobody requiring them to get shots.

Meanwhile, on that note, a Federal judge in New York — where the crunchy anti-science-left private school parents have made measles all the rage again — just expanded the power of schools to strongly encourage vaccination, by compelling kids who aren’t immunized (by parental choice) to effectively drop out of school for days or weeks at a time every time someone else at the school became sick. The various parents in the suit tried to claim a religious exemption — again, remember that even the Amish don’t mess around with such BS — to this school exclusion, but the judge said that public health concerns trumped that under the famous Supreme Court ruling from the first decade of the 20th century:

In turning down all three families, Judge Kuntz cited a 1905 Supreme Court ruling that upheld a $5 fine for a Massachusetts man who disobeyed an order to be vaccinated during a smallpox outbreak, a case that helped establish the government’s right to require immunizations as a matter of public health.

So, you don’t have to vaccinate your kid, but the public school doesn’t have to let your kid be there either. The lawyers for the families tried to claim the vaccines of are somehow differenter and dangerouser now than in 1905 because reasons.

Past Arsenal For Democracy Radio Segments on This Topic

Nate and Greg join Bill to talk about rising vaccine hysteria, the importance of public vaccinations, and how the “debate” fits into the broader arc of American politics and ideology.

More on the New York ruling this month:

Ms. Check said she rejected vaccination after her daughter was “intoxicated” by a few shots during infancy, which she said caused an onslaught of food and milk allergies, rashes and infections. Combined with a religious revelation she had during the difficult pregnancy, she said, the experience turned her away from medicine. Now she uses holistic treatments.

“Disease is pestilence,” Ms. Check said, “and pestilence is from the devil. The devil is germs and disease, which is cancer and any of those things that can take you down. But if you trust in the Lord, these things cannot come near you.”

The Prop 8 ruling is obviously last week’s big news, but I wanted to touch on an issue that I didn’t get a chance to write about yesterday. On Tuesday, a New York City panel rejected efforts to grant landmark status to a building near Ground Zero slated to be built into a mosque. The mosque had become the latest outrage du jour for conservatives concerned about the impending Muslim takeover of America. Republican heavyweights Newt Gingrich and Sarah Palin took a day off from demonizing city dwellers to instead speak on their behalf by bashing the mosque and claiming it is an insult to all those who died during 9/11. I know it is political silly season right now, but I think this is an important issue because of just how blatantly the conservative arguments about the mosque fly in the face of basic American values.

Gingrich, in addition to basically comparing peaceful New York Muslims to Al Qaeda hijackers, had this particularly cutting argument for why we shouldn’t allow a mosque.

There should be no mosque near Ground Zero in New York so long as there are no churches or synagogues in Saudi Arabia. The time for double standards that allow Islamists to behave aggressively toward us while they demand our weakness and submission is over.

Yup, Newt is basically saying that we should throw out our commitment to religious pluralism and nondiscrimination because the Saudis don’t allow freedom of religion. When the hell did Saudi Arabia become our standard for freedom? Lets get rid of women rights too, while we’re at it! America is a better country than Saudi Arabia precisely because of these freedoms and it would be ludicrous to hold ourselves to their standards.

Not only is the Ground Zero Mosque not really a mosque (it is more of a community center that has prayer spaces), it’s also not on Ground Zero. Everyone is talking about how insensitive it would be to built a mosque on ground zero, but it’s located several blocks away from the former site of the Twin Towers and would be only the second mosque in lower Manhattan (I don’t have really any first-hand knowledge on this, but I can only really find one other on google maps). We are talking about prime real estate in a city with thousands of Muslims who might appreciate having a place to pray close to their work.

I definitely understand that 9/11 was a traumatic experience for all Americans and New Yorkers especially. And because the terrorists attacks were carried out in the name of Islam, it is not at all surprising that some Americans would feel uneasy about other members of that religion. But the pain of that day should not blind us to the fact that Islam is the second largest religion in the world and the vast majority of its followers are not terrorists and do not wish to kill innocent Americans. Our prejudices, not matter how understandable they may be, should not allow us to deny fundamental rights to other Americans. In this case, having the government prevent the mosque would violate both the religious rights and property rights of the Cordoba Initiative (they own the building and are mostly free to do whatever they choose with it). Maybe the Cordoba Initiative could choose to stir less controversy and outrage by building the mosque somewhere else. But if they want to build the mosque there, they have the right to. Don’t like it? Too bad, we live in a free country.

This all brings me back to another point I have touched on several times before: every time we compromise our fundamental rights in the name of fighting “terrorism,” we are in fact advancing the terrorist cause. Religious pluralism, one of the foundations of American democracy, is antithetical to the jihadist ideology and when we compromise our ideals we create an America less free and more like the nation Al Qaeda would like to create.

But none of this really about Ground Zero and 9/11. That’s just a cover. How do I know this? There is a trend from Tennessee to Wisconsin to California of opposition to mosque construction. Along with silly fears about “creeping sharia law” there’s a feeling among conservatives that Islam is not a religion, but rather a “political ideology” or a “cult.” Since our Founders recognized “Mohammedans” as a religion that deserves the protection that other religions enjoy, I am going to side with Thomas Jefferson and his Koran on this one (Never mind that the only real difference between a cult and a religion is the number of followers they have). In a time of economic recession, this type of xenophobic bigotry is certainly not unprecedented. That, however, does not make it any less shameful.

Finally, I want to give out to some cheers and jeers in this saga. Jeers to the Anti-Defamation League for condemning the mosque and, well, defaming Muslims. Having followed the Anti-Defamation League’s antics surrounding the Armenian Genocide and the Israeli-Palestinian Debate, however, I can’t say I am surprised. Cheers to Fareed Zakaria for returning an ADL prize in protest. Here’s an excerpt from his letter:

The ADL’s mission statement says it seeks “to put an end forever to unjust and unfair discrimination against and ridicule of any sect or body of citizens.” But Abraham Foxman, the head of the ADL, explained that we must all respect the feelings of the 9/11 families, even if they are prejudiced feelings. “Their anguish entitles them to positions that others would categorize as irrational or bigoted,” he said. First, the 9/11 families have mixed views on this mosque. There were, after all, dozens of Muslims killed at the World Trade Center. Do their feelings count? But more important, does Foxman believe that bigotry is OK if people think they’re victims? Does the anguish of Palestinians, then, entitle them to be anti-Semitic?

Cheers again to Michael Bloomberg for an eloquent speech defending religious freedom and the right of the Cordoba Initiative to build the mosque. I recommend watching the whole thing.